A recent publication in a journal reports a highly -sensitive blood test called 'hs-cTnT test' of cardiac troponin for ruling out heart attack in the emergency room. The new test is more sensitive than the conventional cardiac troponin test that is routinely used in most hospitals. This paper has been published in the latest issue of the American Heart Association's journal Circulation.
New Blood Test Helps Detect Heart Attack Much Faster


The usual routine when patients comes to an emergency rooms with heart attack symptoms is to confirm an attack by doing a blood test to check the cardiac troponin levels and repeating it after a few hours. This means staying in the hospitals for a few hours.

The new test abbreviated as hs-cTnT test assesses levels of cardiac troponin, a protein in heart muscle cells that are released into the bloodstream when the heart is damaged. Generally the amount of troponin released is directly proportional to the damage of the heart.


‘A cardiac troponin test, more sensitive than its earlier version helps health personnel in the emergency rooms detect heart attacks faster than before, assisting doctors to focus immediately on patients who need care.’


Even in the earlier troponin test, a very slight increase in the troponin level was enough to mean that there had been some damage done to the heart.

Troponin levels may remain high for 1 to 2 weeks after a heart attack.

"We did not miss any heart attack using this new test in this population," said lead author Rebecca Vigen, M.D., M.S.C.S., a cardiologist at the University of Texas Southwestern Medical Center. "The test also allowed us to determine faster that many patients who had symptoms of a heart attack were not having a heart attack than if we had relied on the traditional test."

The research team developed a protocol to assess the results of the new test and compared it to the existing conventional troponin test, that takes about three hours to complete.

About 536 study participants were admitted to an emergency room with heart attack symptoms, including chest pains and shortness of breath.

The new procedure was successful in "ruling out" 30 percent of patients immediately, followed by an additional 25 percent at one hour.

By the end of three hours, the new procedure ruled out heart attack in 83.8 percent of patients compared with 80.4 percent using the conventional test.


What is a Heart Attack?

Also known as myocardial infarction, when a heart attack occurs, there is a block in one of the coronary arteries or arteries of the heart, which reduces the blood flow going into the heart. As a result, a part of the heart muscle is deprived of oxygen.

What a person feels when they suffer a heart attack -

Chest - Pain or discomfort in the center that feels like uncomfortable pressure, squeezing, fullness or pain, shortness of breath

Upper body - Pain or discomfort in the neck, shoulder, one or both arms, back jaw

"We anticipate that this procedure will allow many patients with chest pain to be given a 'yes' or 'no' diagnosis of whether they are having a heart attack faster," said Vigen, who hopes clinicians from other institutions will learn from these results. 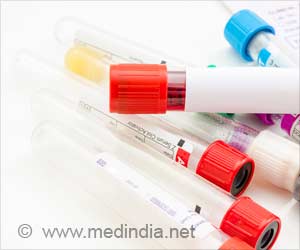 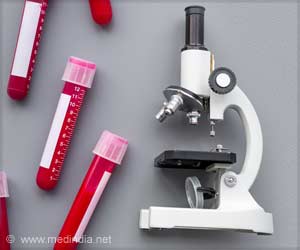 Blood Test To Detect Heart Attack Risk in Emergency Department
Chest pain does not necessarily mean that its a heart attack. A new blood test can now help sort out the prognosis during an emergency.
READ MORE