Written by Ishwarya Thyagarajan, Masters in Development
Medically Reviewed by The Medindia Medical Review Team on May 10, 2019 at 4:48 PM
Health In Focus

New hope for all lung transplant waitlist patients. Scientists have used a clinically relevant model and demonstrated that it is possible to regenerate severely injured lungs that could be used for transplantation.

The study was conducted by a team of researchers from Columbia Engineering and Vanderbilt University.
New Approach can Help Regenerate Severely Damaged Lungs

Lung transplantation has become the most effective, most sought after and the only available treatment option for many patients with end-stage lung disease. While the proportion of the patient population with lung disease is increasing, the number of donor organs available for transplantation remains inadequate. The organ shortage scenario has remained so since the 1960s when transplants began. Clinicians and scientists have been constantly attempting to find ways to counter this shortage.

Currently, around 80 percent of donor's lungs are being rejected because of serious injuries that could potentially be reversible. For the first time, a multi-disciplinary team of researchers have identified an approach that would allow the use of injured lungs for transplantation. The research team has been able to demonstrate in a clinically relevant model that, even acutely damaged lungs could be regenerated in order to make them meet the transplant criteria.


‘Severely damaged lungs could be regenerated and used for transplants, reveals a new study. This gives hope to waitlisted patients, as it can increase the number of lungs available for transplant.’
Read More..


The study, published on the website of Nature Communications, has the research team describing the cross-circulation platform that was used to maintain the viability and function of the donor lung and stability of the recipient for 36 to 56 hours.

A lead author of the study, Brandon Guenthart explains, "To support lung recovery and to demonstrate cellular regeneration, we had to pursue a radically different approach and develop more minimally invasive diagnostics." The procedures available currently for lung support are limited to only 6 to 8 hours, which is a very short period for therapeutic interventions that may help in regenerating an injured lung and improve its function.


The Research Team and Their Work

New diagnostic tools that could be used to evaluate the regenerating lungs in a non-invasive manner were also developed by the team. The team is expecting that their work, which allows for the recovery of damaged lungs that are considered unsuitable for clinical use, would lead to more donor lungs becoming available for transplants.

In order to help patients with end-stage lung diseases, for a long time now, the team has been focusing on developing methods to recover lungs that get rejected for transplant because of injuries. "We have been fortunate to assemble a highly talented, interdisciplinary team of bioengineers, surgeons, pulmonologists, and pathologists, who have designed a durable physiologic support system for a donor lung outside the body, along with new technologies to achieve and monitor lung recovery," remarked Bacchetta.

In an earlier study, the team had exhibited a cross-circulation platform that allowed the viability and function of donor's lung to be maintained for 36 hours. In this case, the research team was able to use their advanced support system to completely recover the functionality of lungs injured by ischemia and turn them suitable for transplant.

In the current study, using new diagnostics and conventional therapies in combination with its platform technology, the team has attempted recovering lungs afflicted by gastric aspiration. Gastric aspiration is the most frequent injury that leads to rejection of donor's lungs and is caused when gastric material enters the respiratory tract, severely injuring the pulmonary epithelium, thereby rendering the lung unsuitable for transplant.

The existing devices and methods currently do not allow for severely damaged donor lungs to be salvaged. The findings of this study have shown that it is possible to maintain the lungs injured by gastric aspiration, outside the body for several days. The lungs also become responsive to repeated therapeutic interventions and exhibit evidence of cellular regeneration and improved function. The lungs that regenerated on this platform met all the criteria for transplant.

"For seven years, we have diligently worked to develop new technologies for the maintenance and recovery of donor organs. This paper represents a culmination of fundamental and translational studies of lung bioengineering that have converged into a system capable to recover severely damaged lungs. We now have the team and technology to bring this research to the patients, by making more donor lungs available for transplant," Vunjak-Novakovic was quoted saying.

Conducting further studies to assess the functional capacity of the lungs after transplant, evaluating the safety of the method and using a clinically relevant large animal model with immunosuppression are on the agenda of the team.

"We envision that interventional cross-circulation may be used to investigate regeneration of other damaged organs, such as hearts, kidneys, and livers, expanding donor pools by salvaging severely damaged organs and leading to more organ transplants," Bacchetta said in conclusion. 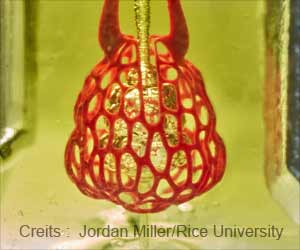