A research team from the University of North Carolina has found a new way to harness the body's natural ability to destroy cancer cells. After radiation therapy, the cancer cells that are killed release mutant proteins. These proteins are detected by the immune system of the body and function as protein markers that guide the immune system to kill more cancer cells in other parts of the body. The study was published in the journal Nature Nanotechnology recently and it details the potential ability of these proteins to improve the immune defense against cancer cells.

The research team used 'sticky' nanoparticles, also called antigen-capturing nanoparticles, to improve the body's ability to detect cancer proteins. The proteins that are dispelled by the dying cancer cells could be used to work along with these nanoparticles to boost the immune response against cancer.


‘The mutant proteins from cancer cells that are combined with the nanoparticles guide the immune cells against the cancer cells.’


Senior author of the study, Dr. Andrew Z. Wang, said that the scientists had hypothesized that if they used nanoparticles to grab the cancer proteins then they would be able to improve the immune defense. Dr. Wang is a member of UNC Lineberger and an associate professor in Radiation Oncology in the UNC School of Medicine. Nanoparticles were found to be attractive to the immune system as their size resembles that of viruses, due to which the immune system responds to nanoparticles.

This method of treatment is popularly used to treat many different types of cancer. Scientists have always observed an "abscopal effect", wherein, there is shrinkage of the tumor outside of the primary site treated with radiation. This patient study was published in the New England Journal of Medicine (2012) and detailed the abscopal effect in a patient with melanoma.

These mutant proteins, that are discharged from the dying cancer cells, are utilized by the immune system as markers, according to the co-author of the study, Dr. Jonathan Serody, who is an Associate Director for translational research.

Dr. Serody further stated that a lot of mutations are present in cancer cells which get synthesized to mutated proteins; these proteins when exposed to the immune system are treated as foreign. Though the body does not respond to the cancer cells as it recognizes them as its own, the mutant proteins that are discharged from these cancer cells are recognized as foreign.

The study findings were
Dr. Wang said that the nanoparticles were taken up by immune cells and transported to the lymph nodes. These nanoparticles were found to increase the immune response by increasing the number of immune cells that target the cancer cells. There is a need for a strategy that can be used to improve the responses to immunotherapy.
Cancer Immunotherapy

Immunotherapy is a method of treating cancer that is aimed at boosting the immune defenses against cancer. This includes
The nanoparticles that consist of the mutant proteins could be a potent activator of the immune system against the cancer cells. Dr. Wang and his research team are focusing on developing a commercial agent that can be used for treating cancer. 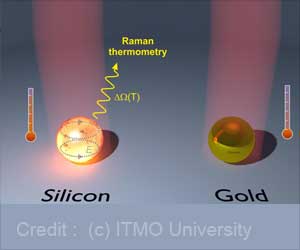 Silicon Nanoparticles to Combat Cancer
Nanoparticles could be effectively heated up and used for cancer treatment. Silicon nanoparticles are cheaper and safe when compared to metal.
READ MORE 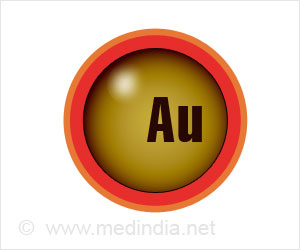