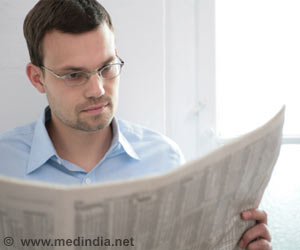 Media reports on the adverse effects of substances or technologies can actually trigger the symptoms in some people who read the report, even when they are not physically exposed to it, finds a recent study.

Doctor Michael Witthvft, of Johannes Gutenberg University in Germany, and his team in their study analyzed the effect of media reports, about the health hazards of electromagnetic radiation, on health of the people who viewed the reports.

Dr. Witthvft explains, "The mere anticipation of possible injury may actually trigger pain or disorders." This is commonly known as the nocebo effect.


Wi-fi, which uses radio waves, has become a very common technology in our day-to-day lives. Though there is no significant evidence that exposure to Wifi signals or electromagnetic waves of less intensity causes health hazards, some people have reported symptoms like headaches, dizziness, burning or tingling sensations on their skin, which they assume is due to exposure to these waves. This condition is known as electromagnetic hypersensitivity.

The study involved 147 participants who were divided into two groups. One group of participants watched a BBC One documentary, about the potential health hazards supposedly associated with cell phone and WiFi signals, while the other group watched a report on the security of internet and mobile phone data.

Both the groups were then exposed to fake Wifi signals that they were made to believe were real.

Nearly half the participants reported experiencing agitation and anxiety, loss of concentration or tingling in their fingers, arms, legs, and feet even though they were not exposed to any real signals. It was also noted that the symptoms were more significant in people who had previously watched the documentary on the health hazards of the signals and were anxious.

According to the authors, the findings demonstrate the impact of sensationalized media reports, many of which lack enough scientific evidence, on the health of some viewers and readers. Dr. Witthöft has highlighted the need for media and science to work together and present the accurate information with scientific data on health hazards of latest technologies to avoid impacts on the society.

Electromagnetic Hypersensitivity: Allergy To Wi-Fi Technology
Allergies to dust, pollen and fruits are quite common, but a British man has a unique type of sensitivity-allergy to Wi-Fi Internet.
READ MORE