'Made in India' Rotavirus Vaccine Claims to be Cheapest 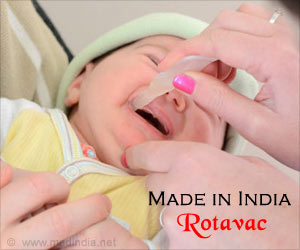 India has launched Rotavac  an oral vaccine that aims to reduce infant deaths caused by Rotavirus diarrhea in India and other parts of the world. Developed and manufactured in Hyderabad, the vaccine will be available next week for as low as Rs. 60 per dose.

Rotavac is given to infants in a three courses at the ages of 6, 10 and 14 weeks. The Made-in-India vaccine is expected to reduce infant deaths due to rotavirus diarrhea and prevent such infant mortalities worldwide. Over 80,000 children under five years of age die from rotavirus infection each year in India, which is the second largest killer of young children globally, after pneumonia.

The results of phase III clinical trials for the efficacy of the vaccine, which were published in Lancet, revealed that the vaccine was as effective as the currently licensed rotavirus vaccines in the prevention of diarrhea; it also reduces hospitalization. Rotovac will soon be inducted into the national immunization programme.


At the launch recently, Prime Minister Narendra Modi said, "The launch was the result of an extraordinary effort spread over the last 25 years. I hope that it would inspire higher levels of research, development and manufacturing activities in the country, not just in medical science, but also in other important areas of science and technology."

Modi lauded this initiative an example of India's capabilities for high-end research and development of sophisticated pharmaceutical products in India. "It is also an effective public-private-partnership model for finding affordable solutions to societal challenges," he said. "It's a successful example of collaboration between India and the US in the field of medical science."

'Rotavac' was developed through a unique social innovation partnership under the Indo-US Vaccine Action Program that brought together the experience of Indian and international researchers.

The life saving vaccine was developed by Bharat Biotech, a Hyderabad-based company. Dr. Krishna Ella, chairman and MD, said "We realized a dream by bringing out the first Made in India molecule. Our vaccine is affordable, safe and effective, besides being cross-protective against a variety of rotavirus strains."

The oral vaccine will also be sold to public health programmes in developing countries at about $ 1 per dose. "The vaccine will be the third to hit the Indian market, but will be more affordable than the two vaccines available now costing more than Rs 1,000 per dose. Our Hyderabad-based facility has the capacity to make over 300 million doses per year," Ella said.

Novel Treatment to Stop Rotavirus Infection
Rotavirus is transmitted by the faecal-oral route, via contact with contaminated hands, surfaces and objects, and possibly by the respiratory route.
READ MORE

New Rotavirus Vaccine Can Cut Diarrhoea Death Rate in Babies
A new rotavirus vaccine developed in Melbourne is protecting newborn babies from a common cause of severe diarrhoea, which kills about five lakh children aged under five around the world each year.
READ MORE 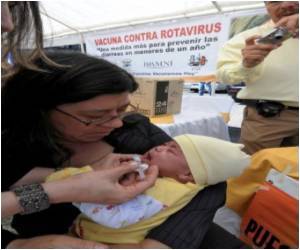 Clinical Trials Of Rotavirus Vaccine Launched
Clinical trials of a new rotavirus vaccine have begun in Australia. The rotavirus is a life-threatening diarrhoeal disease that kills half a million children worldwide each year.
READ MORE