Levothyroxine Treatment May Not Benefit Pregnant Women With Subclinical Hypothyroidism

Written by Sudha Bhat, M.Pharm, R.Ph (US)
Article Reviewed by The Medindia Medical Review Team on March 9, 2017 at 4:44 PM
Health In Focus

Two separate trials were conducted on pregnant women who had two different clinical conditions, subclinical hypothyroidism and hypothyroxinemia. The drug called levothyroxine was tested to see if it improved the cognitive abilities of the babies born, or reduced preterm births or reduced other negative outcomes. The results were published in The New England Journal of Medicine (NEJM).

Subclinical hypothyroidism and hypothyroxinemia are conditions that arise due to fluctuations in the blood levels of thyroid hormones.
Levothyroxine Treatment May Not Benefit Pregnant Women With Subclinical Hypothyroidism

Thyroid hormones primarily regulate the body's metabolism and are responsible for the proper development and differentiation of every cell in the human body.


‘Subclinical hypothyroidism in pregnant women could lead to serious health problems in the mother and the unborn baby. Treating the condition using levothyroxine may not have positive outcomes.’

This pituitary hormone, thyrotropin then stimulates the production of thyroxine (T4) followed by triiodothyronine (T3) which then speed up cell metabolism.

Thyroid homeostasis is maintained via a feedback loop that involves the hypothalamus, pituitary gland and the thyroid gland. Low levels of T3 and T4 in the blood cause the hypothalamus to release more TRH that in turn, stimulates the release of more TSH to help to restore the levels of the hormones. Similarly, high levels of blood thyroid hormones can exert a negative feedback temporarily pausing the release of TRH and in turn TSH.

In certain circumstances and conditions, there could be fluctuations in the thyroid hormone levels that can be caused by a disruption or defect in any part of the process. While too much of the hormone in the blood could lead to hyperthyroidism causing body functions to speed up, too little of it can cause hypothyroidism which slows down many body functions.

Hypothyroidism, also known as underactive thyroid or low thyroid is a condition characterized by low thyroid hormone or thyroxine levels in the blood. The symptoms are tiredness, depression and weight gain. Untreated hypothyroidism during pregnancy can affect the growth and intellectual development in the baby, usually known as cretinism.

Subclinical hypothyroidism (SCH) is a mild thyroid failure that occurs when the levels of thyroid-stimulating hormone (TSH) are normal but the thyroxine (T4) levels are in the low range.

Hypothyroxinemia occurs when the levels of thyroid-stimulating hormone (TSH) are normal but the thyroxine (T4) levels are in the low range.

Both these conditions occur in pregnancy and is more predominant in South Asia. They could be associated with adverse fetal neurologic effects including a lower-than-normal IQ in offspring.

Also known as L-thyroxine, levothyroxine is a synthetic form of the body's thyroid hormone, T4 and is used to typically treat hypothyroidism. It is taken as an oral pill or through intravenous injection and is the treatment of choice for people requiring lifelong thyroid hormone treatment. It is also used to treat subclinical hypothyroidism. It is safe to use during pregnancy.

Treatment of subclinical hypothyroidism or hypothyroxinemia with levothyroxine to improve cognitive function in children is a subject of ongoing debate and research.

Two separate trials were conducted to see if treatment of pregnant women with subclinical hypothyroidism or hypothyroxinemia with levothyroxine improved the IQ of the baby or reduced preterm births or other negative outcomes. The results were published in The New England Journal of Medicine (NEJM).

The research team checked the thyroid function on a monthly basis and the dosage of levothyroxine was titrated to attain a normal thyrotropin or free thyroxine levels (depending on the trial). The primary outcome gauged was the IQ levels of the children which were checked at 5 years of age (or at 3 years of age if the 5-year examination was missing) or death at an age of less than 3 years.

The study results suggest that there is no benefit in treating women with subclinical hypothyroidism or hypothyroxinemia during their pregnancies as it did not show any significantly better cognitive outcomes in children. 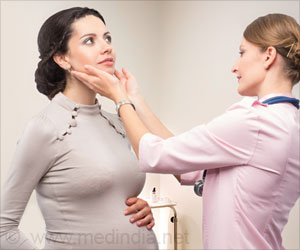 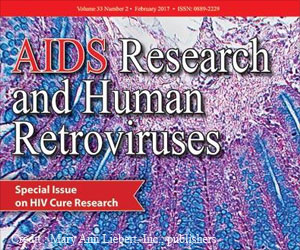