International Workshop on Hemoglobinopathies and Hemophilia at Bangalore

An update on the status of blood and bleeding disorders in India was presented by the Ministry of Health and Family Welfare, and the National Health Mission Workshop at an international workshop held on the 1st and 2nd of February at Bangalore. The event drew nearly 200 doctors, researchers, policymakers and government officials across India and SAARC countries, including international doctors from Italy and Greece and the respective presidents of the Thalassemia International Federation and World Hemophilia Federation. The goal of the workshop was to discuss clinical updates on the prevention and management of prevalent blood and bleeding disorders in Asia along with a discussion of initiatives and policies taken by the central and state governments of India.

Karnataka Model for Management of Thalassemia


India is one of the few countries in South Asia to have rolled out a specific hemoglobinopathies policy (May 2016) to serve as operational guidelines to establish best practices in the care of thalassemia and sickle cell anemia. Thalassemia and sickle cell anemia programs are jointly funded by the National Health Mission and Ministry of Health and Family Welfare at the state level. People with thalassemia and sickle cell can avail free blood transfusions, iron chelation medications and tertiary care in all government hospitals and district medical centers in the state of Karnataka and many states in India like Maharashtra, Gujarat, Odisha, Punjab, Delhi, Chandigarh. The hemoglobinopathies guidelines include free antenatal and prenatal testing for mothers-to-be and pregnant mothers.


‘An international workshop on hemoglobinopathies and hemophilia was organized by the government and state agencies with participation from SAARC countries to deliberate on the current status of the two prevalent blood and bleeding disorders in Asia.’


India also has a robust hemophilia program with support from the government. Patients with hemophilia can avail prophylactic factor treatment in all government hospitals. Several hospitals and centers across India offer comprehensive care for hemophilia with tertiary care, management, physiotherapy and rehabilitation. Some of the apex centers include CMC, Vellore; AIIMS and Ganga Ram hospitals at New Delhi; SGPI, Lucknow and PGI, Chandigarh.

Thalassemia sickle cell anemia, and hemophilia are lifelong, chronic disorders requiring treatment and care and the government's step of providing free treatment and management has reduced the rate of morbidity among patients and reduced the financial burden on families.


What are Blood and Bleeding Disorders?

Blood disorders are diseases affecting the production of normal red blood cells or hemoglobin in the body. In blood disorders, sufficient quantities of hemoglobin are not produced due to which children and adults suffering from this condition will need lifelong blood transfusions and other therapies. The most prevalent blood disorders globally are thalassemia and sickle cell anemia. The burden of Thalassemia is very high in South Asia with India leading the way. There are nearly 100,000 transfusion-dependent thalassemia patients in India with 10,000 live births each year. There are almost 40 million carriers of the disease in the country.

The workshop included experts in thalassemia and sickle cell anemia like Dr. Piga from Italy, Dr. Vip Viprakasit from Thailand, Dr. Vikram Mathew from Vellore, Dr. Tulika Seth and Dr. NK Verma from New Delhi. Some of the clinical updates shared by these experts include:

The workshop was successful in sharing best practices among clinicians, researchers, and caregivers for the blood and bleeding disorders. Patients who were present at the seminar were able to resolve their doubts and avail expert advice. There were in-depth deliberations on prevention of genetic disorders with genetic testing and prenatal testing which give us hope of much-needed prevention methods around the horizon. Such workshops benefit the clinician and patient community in upgrading their knowledge about the disease. 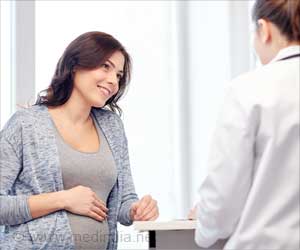