Written by Dr. Namitha Kumar, MA, PhD
Article Reviewed by The Medindia Medical Review Team on May 25, 2017 at 7:53 PM
Health In Focus

Gagandeep Singh Chandok is like any other young man. He works for an MNC in Bangalore and has had a professional career spanning almost 10 years. He enjoys movies, music, hanging out with friends, traveling and exploring new places. One may imagine this is a perfect life. However, one particular thing in Gagandeep's life sets him apart from his peers. He has to travel to the blood bank every 15 days to get 2 units of blood transfusion.

He also has to take iron chelation infusion Deferoxamine using a pump every night for 10 hours. Imagine sticking a needle into your body each night? Imagine keeping track of an umpteen number of medications and vaccines. And imagine never being able to go on a nice, long vacation since a blood transfusion is due every 15 days.
Indias Struggle With Thalassemia: Can Only Gene Therapy Offer Complete Cure?


Such is the story of Gagandeep's life.


‘Gene therapy is the only complete cure for the genetic disorder, beta thalassemia major.’


He has a rare, genetic blood disorder called beta-thalassemia major (a form of thalassemia) where the globin gene responsible for producing normal amounts of human hemoglobin is either faulty or missing. This means he has to be on lifelong transfusions, simply to survive. Regular blood transfusions lead to buildup of iron deposits in the body tissues and organs. This is then removed with the help of nocturnal iron chelator infusions. A person with thalassemia has to cope with this throughout his or her life.


The challenge of thalassemia

Thalassemias in a broad sense are inherited blood disorders characterized by abnormal hemoglobin production. There is no known cure for thalassemia except bone marrow transplant (BMT). BMT has to be done in childhood (not above the age of 12) to prevent rejection and death. BMT requires either a 10/10 HLA-matched sibling or a matched unrelated donor. The search for a bone marrow is a challenge in itself. Besides, the thalassemia population in India now accounts for more than 60% adults who cannot be considered for BMT.

India has been termed the "thalassemia capital" of the world. We have the highest number of carriers in the world amounting to a whopping 40 million of the total 1.2 billion population. We have more than 100,000 thalassemia majors in India dependent on blood transfusions. India's blood requirement is almost 2 lakh units per month because of transfusion-dependent thalassemia patients. Yet, we lack a national thalassemia on policy that could serve to put in place a robust prevention and control program. Neither the national government nor its health agencies have paid heed to the growing epidemic and the huge health and financial burden of thalassemia.

The disease takes a considerable financial toll on patients and families who have no other alternative but to pay out of their own pockets for treatment and other related expenses. On an average, a child with thalassemia requires nearly INR 10,000 per month on drugs and treatment notwithstanding sudden expenses due to hospitalization and other complications. While many of the local thalassemia associations and societies try to support patients with free blood transfusions and certain medications, a sustained effort must come from the national government in the form of a directive that would make blood transfusion and related drugs and treatment free or low cost for all patients in government hospitals and health centers. Until such a measure comes about, a lot of lives will be lost unnecessarily because patients could not afford treatment.


A final cure on the horizon - Gene therapy

Gene therapy trials for curing thalassemia, by introducing a healthy globin gene through a viral vector, has seen a good bit of success in the US and Europe. Dr. Srivastava and Dr. Shaji report (in the journal Haematologica) the first successful gene therapy for thalassemia in 2007 with a βE/β0-thalassemia patient. Bluebird Bio, the company developing the LentiGlobin gene therapy for thalassemia cure, has been granted "breakthrough therapy" designation by the FDA. Its clinical trials are currently in phase 3 which is indeed very promising. This status will enable the company to further develop and review the drug/therapy candidate as a thalassemia cure.

While there are such progressive, futuristic developments in the US and Europe, India which has the world's highest population of thalassemia minors has seen little clinical research on gene therapy curatives. It is for this reason that Gagandeep started a petition on change.org requesting the ministry of health and family affairs, Government of India, and its health agencies to look into the possibility of investing in clinical research for gene therapy cure. Clearly, such a huge project requires the intervention of the government and its health agencies to provide financial investment and ensure safe clinical research. Such an investment in gene therapy has immense cost-benefit advantages as potential curatives outstrip the cost involved. Such a move will improve the population health of India and drastically bring down the health and economic burden due to transfusion-dependent thalassemia. Like BMT, gene therapy involves a one-time cost for the patient and provides a full and final cure. A cured, healthy citizen is an asset to the nation and can in turn contribute positively to the economy and state.

At this point in time, it is imperative for the national government and the ministry of health and family welfare to do the needful, to develop and accelerate curatives not just for thalassemia but for other rare genetic disorders which can be cured. India has a strong ecosystem of health, medicine and biotech, and these resources can be tapped into to ensure curatives for at least the most prevalent genetic disorders, which are taking a toll not just on individual patients and families but also on the nation.
References : 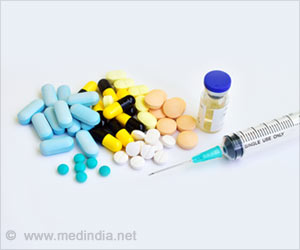