Out of the two commonly used brain training methods used by scientists to improve memory and attention, the dual n-back method was found to effectively improve working memory than the complex span method, shows a study conducted by a team of researchers at Johns Hopkins University. While the training method does not make anyone smarter, it improves skills that people require to excel at school and work. The findings of the study are published in the Journal of Cognitive Enhancement.

The objective is to increase the number of items one can hold in mind at one time, known as your "working memory". The "dual n-back" is a memory sequence test in which people must remember a constantly updating sequence of visual and auditory stimuli. In this study participants saw squares flashing on a grid while hearing letters simultaneously. The test was to remember if the square they just saw and the letter they heard were both the same as one round back. The test was similar to the children's electronic game Simon, but instead of just recalling sounds and colors, the current sequence and the one a few rounds back had to be remembered.

The "complex span" method also involves remembering items in a sequence but is relatively simpler than the dual n-back. There's a distraction for people between the displays of items, but they do not need to continually update the items in their mind.


Overview of the Study

"People say cognitive training either works or doesn't work. We showed that it matters what kind of training you're doing," said lead author Kara J. Blacker.

The study directly compared the leading types of exercises to improve working memory and measure people's brain activity before and after training. Young adults were assembled into three groups of participants and asked to take an initial battery of cognitive tests to determine baseline working memory, attention and intelligence. An electroencephalogram (EEG)was also taken to measure brain activity. Then, everyone was sent home to practice a computer task for a month. One group used the dual n-back method brain exercise while the second group used the complex span method. The third group practiced on a control task.

The group that practiced the dual n-back exercise showed a 30 percent improvement in working memory that was nearly double the gains made by the group working with the complex span method. The dual n-back method practicing group also showed significant changes in brain activity in the prefrontal cortex, a region of the brain associated with higher learning. 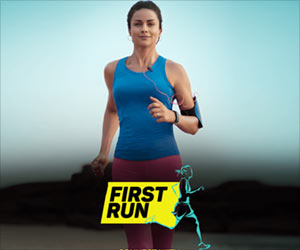 Stimulating the Brain With Electricity Boosts Working Memory
A method for improving short-term working memory has been uncovered by researchers.
READ MORE

Working Memory Plays a Crucial Role in Academic Achievement
The working memory is believed to play an important role in early academic achievement in children, a new study has found
READ MORE