Human Lifespan May Have Reached Its Zenith, Say Researchers

Human lifespan has reached its maximum, and it may not be possible to extend it further feel scientists at the Albert Einstein College of Medicine, following a recent study.

Life expectancy has been continuously rising since the 19th century due to major advances in the field of medicine such as treatment of infectious diseases, advances in public health, better diet and improved access to health care.
Human Lifespan May Have Reached Its Zenith, Say Researchers


A baby born in the United States today can be expected to live to nearly 80 years, as against only 47 years in 1900. Such improved life expectancy is seen in many countries worldwide. In addition, the 'maximum duration of life' or the maximum age to which the oldest people could possibly live has also increased since the 1970's.


‘Maximum human lifespan may have been achieved. Focus should now be on increasing health span.’


Data Analysed and What They Show

Dr. Vijg, senior author of the study and professor at Einstein along with his team, analyzed data from the Human Mortality Database, which compiles population and mortality related data from more than 40 countries.

These countries have shown a reduction in late-life mortality since 1900: The proportion of each birth cohort (i.e., people born in a particular year) who live up to old age (defined as 70 years and above) rose along with their calendar year of birth, suggesting a continuing increase in average life expectancy.

However, when the researchers studied improvements in survival since 1900 for people aged 100 and above, it was seen that increases in survival peaked at around 100 years of age and then fell rapidly, irrespective of the year people were born. "This finding indicates diminishing gains in reducing late-life mortality and a possible limit to human lifespan," said Dr. Vijg.

He and his colleagues also studied another parameter, namely, "maximum reported age at death" data from the International Database on Longevity. They concentrated on people verified as living up to age 110 or older between 1968 and 2006 in the four countries (the U.S., France, Japan and the U.K.) which have the largest number of long-lived individuals.

Age at death for these supercentenarians rose rapidly between the 1970s and early 1990s but hit a plateau around 1995 - further proof that lifespan may have reached its limit. This plateau, the researchers note, occurred close to 1997--the year of death of 122-year-old French woman Jeanne Calment, who attained the maximum documented lifespan of any person till date in history.

Numbers Arrived at From the Analyzed Data

Using maximum-reported-age-at-death data, the Einstein researchers determined that the average maximum human lifespan was around 115 years - allowing for record-oldest individuals infrequently living longer or shorter than 115 years. (Jeanne Calment, they concluded, was outside the statistical range.) Also, the researchers calculated that the absolute limit of human lifespan was 125 years. In other words, the probability in a given year of seeing one person survive to 125 years anywhere in the world is less than 1 in 10,000.

Maximum Lifespan Has Been Attained - What Next

"Further progress against infectious and chronic diseases may continue boosting average life expectancy, but not maximum lifespan," said Dr. Vijg. "While it's conceivable that therapeutic breakthroughs might extend human longevity beyond the limits we've calculated, such advances would need to overwhelm the many genetic variants that appear to collectively determine the human lifespan. Perhaps resources now being spent to increase lifespan should instead go to lengthening health span-the duration of old age spent in good health."

Though it may not be possible or even worthwhile in further prolonging lifespan, newer technologies such as stem cells, genetic manipulation, and smaller mechanical devices to monitor and repair aging tissues, still hold out hope to those who yearn for immortality.

TERRA Research Opens Doorway for Increasing the Lifespan of Humans
TERRA are RNA that are found to protect telomeres and play a significant role in aging and cancer. Probing TERRA can help us increase human lifespan.
READ MORE 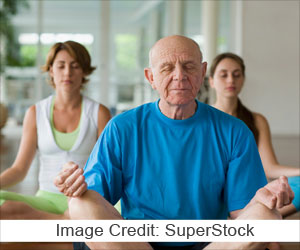