HRT Does Not Increase Risk of Dementia in Postmenopausal Women: New Study

Hormone replacement therapy used as a treatment to reduce symptoms of menopause may not be that harmful, a new study suggests.

Earlier studies had linked hormone replacement therapy to a doubled risk of dementia and a reduced memory, but a new study published in the journal JAMA Internal Medicine is all set to prove it wrong.

A team of researchers from the Wake Forest School of Medicine, North Carolina, recruited around 1,300 women for the study, all of them between the age of 50 and 55 years. All the study subjects were already under hormone replacement therapy medication.


The researchers gave one group of women their normal HRT medication, and another group a placebo. For seven years, the women were closely monitored, after which, their brain function scores were taken.

The results so obtained revealed no overall difference in the scores between women on placebo and the women taking their HRT medications.

"Our findings provide reassurance that CEO-based (conjugated equine oestrogens) therapies when administered to women earlier in the postmenopausal period do not seem to convey long-term adverse consequences for cognitive function," explained Dr Mark Espeland, a professor of biostatistics who led the research.

However, they did report - 'We are not able to address whether initiating hormone therapy during menopause and maintaining therapy until any symptoms are passed affects cognitive function, either in the short or longer term'.

Some minor speech disturbances occurring due to long-term use of HRT medications had also been shunned, attributing them to being statistically insignificant.

This study may come as a relief to around 1.5 million British women who use hormone replacement therapy to manage their symptoms of menopause. HRT medications have proved to be quite effective in treating symptoms associated with menopause including mood swings, hot flushes and more. 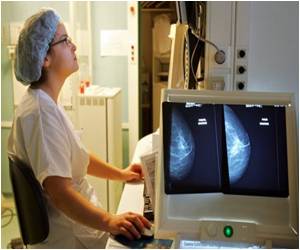 Cognitive Function of HRT for Women Ages 50 to 55 Years Studied
When given to women ages 50 to 55 years, postmenopausal hormone therapy with conjugated equine estrogens (CEEs) was not associated with overall sustained benefit or risk to cognitive function.
READ MORE