How to Maintain Your Weight After Initial Weight Loss

Consumption of a diet high in carbohydrates results in metabolic changes in the body that promotes weight gain even if a person reduces overall calorie intake, according to a multicenter randomized conducted across two cities in the US.

The findings of the study appear in the BMJ titled "Effects of a low carbohydrate diet on energy expenditure during weight loss maintenance: randomized trial".

Consuming a diet rich in carbohydrate results in a physiological state marked by hunger pangs and food craving, deposition of fat and decreased burning of calories, leading to weight gain, especially in persons who have increased basal insulin secretion, according to the carbohydrate insulin model (CIM) of obesity.
How to Maintain Your Weight After Initial Weight Loss


According to the authors, if weight loss or energy expenditure in persons with low carbohydrate diet were to continue, this translates into a 10-kilo weight loss in a typical 30-year-old man weighing 100 kilos with a height of 178 cm, assuming calorie intake remains same.

Despite potential limitations, the study suggests the benefit of reducing carbohydrate quantity in diet in promoting weight loss even if total calorie intake is not reduced. The findings of the study could help in more effective obesity and weight management measures and incorporation into weight management routines

War Between The Low Fat and Low Carb Diet for Weight Loss
Both the low fat and the low carb diets are helpful in weight loss, control of blood sugar levels and insulin secretion. Which is the better one?
READ MORE 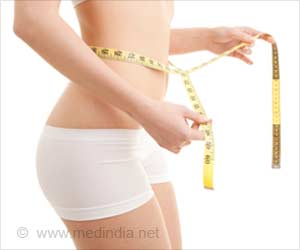 Hypocaloric Mediterranean Diet and Daily Exercise Help Maintain Weight Loss
Weight-loss maintenance in response to the PREDIMED-Plus lifestyle programme can provide the same or more benefits for cardiovascular disease (myocardial infarction, stroke or mortality from these causes) in the long term.
READ MORE