Written by Sudha Bhat, M.Pharm, R.Ph (US)
Article Reviewed by The Medindia Medical Review Team on March 11, 2016 at 3:09 PM
Health In Focus

A sound sleep is essential for every child to recharge their brain and ensure proper mind and body development. However, these days, kids have a rather packed schedule, whether it is during school hours or with their after-school activities. All these force them to give up their nap time and push their bed times too. Sleep deprivation leads to reduction in their attention span and mental alertness.

A new study published in the journal Behavioral Sleep Medicine reveals that students who are homeschooled get more hours of sleep as compared to kids who attend either public or private schools. 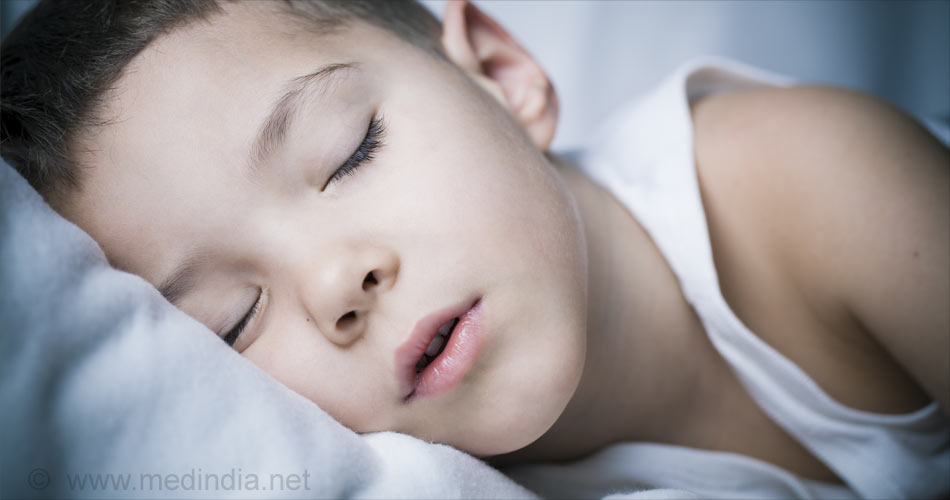 
The National Sleep Foundation, is of the opinion that the main reason why kids don't get enough sleep is due to early school start times. This is particularly seen in teenagers, whose circadian rhythms or the biological clock may shift towards later waking times. It has been documented that students attending high school or college which have later start times perform better and have higher graduation rates.


‘Kids who are schooled at home get more hours of sleep as compared to kids who attend regular school.’


Recommended number of sleeping hours per night by the National Sleep Foundation is as follows:
The research team studied the sleep patterns of 2,612 students, which included 500 kids who were homeschooled. The study results showed that kids who were homeschooled on an average slept about 90 minutes more than those who attended regular school. The results suggested kids who went to school outside of their home woke up on an average about 18 minutes earlier than homeschooled children, so that they could reach school on time.

Lisa Meltzer, PhD, a sleep psychologist at National Jewish Health in Denver and the main author of this study commented, "We have a school system that is set up so that the youngest children, who are awake very early in the morning, start school latest, and our adolescents, who need sleep the most, are being asked to wake up and go to school at a time when their brains should physiologically be asleep."

Dr. Meltzer is also of the opinion that teenagers and adolescents require at least nine hours of sleep per day, however they are getting only about 7 hours on an average. Thus by the end of the week, they are at least 10 hours behind in terms of sleeping, which impacts their mental alertness and functioning. A lack of sleep can impact a teenager's mood and their ability to drive early in the morning.

Dr. Meltzer added, "That cumulative sleep deprivation adds up, the ability to learn, concentrate and pay attention is all diminished when you haven't had enough sleep."

Melatonin, the hormone that helps regulate our sleep, shifts by about two hours during puberty. So, even if the teenagers wanted to get to sleep earlier, they are battling biological changes in their bodies that are nearly impossible to overcome.

Kids Do Grow Taller When They Sleep
A new study published in the journal Sleep reveals that kids indeed grow taller when they sleep.
READ MORE