HIV Hiding Inside Patients Cells Can Now be Measured Accurately

Human Immunodeficiency Virus (HIV), which is capable of hiding itself within cells in the body can now be detected and quantified accurately, reveals a new study from the Howard Hughes Medical Institute, USA.

HIV can enter cells and integrate into the cell's genome and remain indefinitely in an inactive form. In this integrated dormant state, even antiretroviral drugs, which attack HIV, are not able to kill the virus.
HIV Hiding Inside Patients Cells Can Now be Measured Accurately

A novel genetic technique has been developed that can accurately measure the amount of the viral particles integrated within the cell's genome, which is critical for evaluating the efficacy of new antiretroviral therapies.


‘Human Immunodeficiency Virus (HIV), hidden inside the cells of infected patients can be accurately detected and measured by a new technique. This will help to test the effectiveness of antiviral therapies in HIV-infected patients accurately.’
Read More..


The study was led by Prof. Robert F. Siliciano, MD, PhD, who is an Investigator at the Howard Hughes Medical Institute and a Professor of Medicine at the Johns Hopkins University School of Medicine, Maryland, USA. He also holds joint appointments in the Departments of Molecular Biology and Genetics, Pharmacology and Molecular Sciences, and Biology, at the Johns Hopkins School of Arts and Sciences.

The study has been published in Nature, the prestigious journal of Springer Nature Publishing, UK.


Challenges in Detecting and Quantifying HIV

During the replication cycle of HIV, it infects a population of immunological cells known as CD4+ cells, which circulate in the blood. Following infection, HIV continues to replicate within these CD4+ cells, resulting in the integration of the viral genes into the genome of these cells. Therefore, the viral genetic information remains stored in a latent state within the CD4+ cells, which make it extremely difficult to detect, much less quantify.

Trying to measure this 'latent reservoir' of HIV particles using conventional techniques has yielded erroneous results, sometimes overestimating up to 100-folds. This has necessitated the development of newer techniques that can not only detect, but also count the latent viral particles.

The development of the new technique occurred in three stages, over many years of experimentation. These are highlighted below:

The new technique is a landmark development in HIV diagnostics. Now, the efficacy of an antiretroviral drug or a combination of drugs can be assessed to see if they are able to destroy the HIV hiding within the cellular genome by measuring the activity of the virus.

"For decades, the field has been clamoring for an accurate measure for these hidden viral templates," Siliciano says. "Now, we have a good way to know if we are making a dent in their numbers." He adds: "We may still be a long way from a cure, but now at least we can measure our progress." 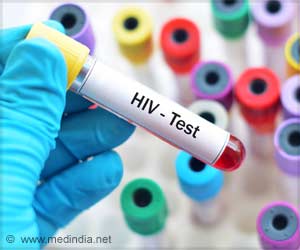 New Sensitive HIV Test on Saliva Sample
New test to detect HIV in the saliva has been developed, which appears to be more sensitive than the previous tests on the saliva.
READ MORE