Helpline to Report Illegal Animal Testing for Cosmetics in India 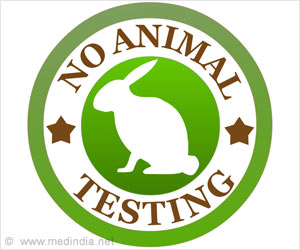 People can use the number (+91) 767-492-2044 to report suspected illegal testing on animals for cosmetics. HSI/India offers Rs. 25,000 reward for information leading to prosecution and conviction.

Alokparna Sengupta, the campaign manager, said, "Testing cosmetics on animals has been banned because it is cruel and pointless. So we want anyone who has any information on any sort of animal testing for cosmetics taking place in any part of India to call us. We will work with the Ministry of Health and Family Welfare and the Drug Controller General to make sure it stops immediately," she said.


She said that India's ban on animal testing makes it also illegal to import cosmetics, which have been tested on animals outside of India.

"The cosmetic brands have received much flak globally for the suffering that rabbits, rats and other animals are put through to test for cosmetics. The cruel tests rages from cosmetic chemicals spread on animals skin, dripped on eye or ear to force them to consume chemicals in lethal doses. We have already given strict warning to major cosmetic companies in India to abandon all such illegal activities. The message has been passed through conferences and meetings," she said.

Any cosmetic product companies, which conduct animal testing, will face strict action as per provisions of the Drugs and Cosmetics Act and the Animal Cruelty Act. Violation of the Act by any person or corporation is liable for punishment for a term, which may extend from 3-10 years.

The campaign leaders said that India is rightly proud of this animal test ban, so people will be doing a great service to the nation and animals, and we assure them that the identity of all callers will remain strictly confidential.

Quiz on How Safe Are Your Cosmetics?
Most countries have the Drug and Cosmetics Acts, but unlike drugs, health studies or pre-market testing for cosmetics is not mandatory in any country. So, some of the ingredients on the back of the bottle are probably not safe for you. This quiz ...
READ MORE 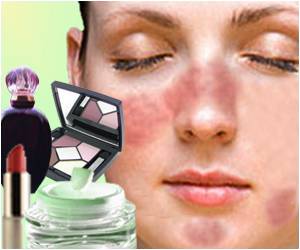 Nail Biting
Nail biting can occur as a result of anxiety, boredom, or imitating others. It is usually observed in children and progressively reduces in adults. Nail biting can cause skin infections around the nail and may damage teeth.
READ MORE