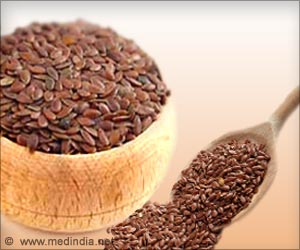 Some call it the 'power food' while some others call it a small wonder; flaxseeds are commended by nutritionists and natural medicine practitioners from around the world. And why not? With the many health benefits that flaxseeds have to offer, it is truly a must have in your diet.

What's more, flaxseeds aren't just being used today; their use dates back to the 8th century, where King Charlemagne too, believed in the use of these tiny seeds. Read further to know how flaxseeds could benefit you.


Flaxseeds contain 3 major healthy components that make it a rock star in the world of nutrition- Omega 3 fatty acids, fiber and lignans. Omega 3 fatty acids are popularly known as 'good fats' and are thought to play a vital role in improving brain, heart and eye function. Around a tablespoon of powdered flaxseeds contains as much as 1.8 grams of omega 3 fatty acids. Flaxseeds are also rich in both insoluble and soluble plant fibers, which keep the digestive system healthy. Lignans are rich sources of both antioxidants and plant estrogens. Flaxseeds are thought to contain 75 to 800 times more lignans than other plant foods. Flaxseeds are also high sources of magnesium, manganese and most B vitamins.

Flaxseeds can also help prevent many major health conditions like-

Diabetes - Daily intake of flaxseeds gives you a good lignan boost which can help manage diabetes.

Cancer - Animals studies have revealed how the omega 3 fatty acids found in flaxseeds could contribute to inhibition of cancer tumor growths. Some recent studies also prove flaxseeds to be effective against prostate cancer, breast cancer, colon cancer and more. The lignans present in flaxseeds interfere with the growth and spread of cancer cells.

Inflammation - Flaxseeds play a vital role in preventing inflammation that accompanies several diseases including asthma and Parkinson's disease thanks to its lignin content.

Hot flashes - Hot flashes are probably one of the most dreaded symptoms among women in the menopausal stage. A study conducted in the year 2007 revealed that taking in just 2 tablespoons of ground flaxseeds a day could lower down the intensity of hot flashes by 57% within two weeks.

Flaxseed Oil Can Reduce Osteoporosis Risk in Diabetic Women
A new study by researchers from Egypt suggests that the use of flaxseed oil in food could help reduce the risk of osteoporosis in post-menopausal and diabetic women.
READ MORE 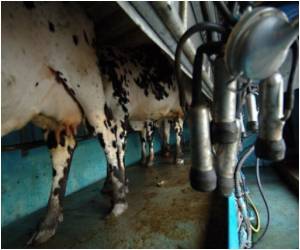 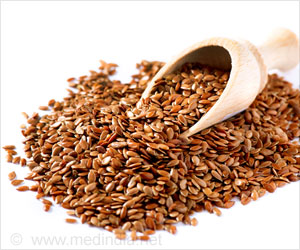