Performance-enhancing bacteria have been found in the microbiomes of elite athletes that contribute to improving exercise capacity, as per the findings of a new study from the Joslin Diabetes Center in Boston, USA.

These Gram-negative bacteria, belonging to the genus Veillonella are absent in the gut microbiome of normal sedentary individuals. The research team found that Veillonella spp. were capable of metabolizing lactic acid produced during intensive exercise and converting it into propionate, which is a short-chain fatty acid. The propionate is then utilized by the body to improve exercise capacity. The study findings have been published in Nature Medicine.
Gut Microbes in Elite Athletes Help Boost Their Physical Performance


Aim of the Study

The long-term aim of the study is to develop a probiotic supplement that increases exercise capacity to promote overall health and longevity, as well as help protect against chronic conditions such as diabetes and cardiovascular diseases.

The major findings are highlighted below: "Then the question was maybe it's not the removal of lactic acid, but the generation of propionate," says Kostic. "We did some experiments to introduce propionate into mice (via enema) and test whether that was sufficient for this increased running ability phenotype. And it was."

Kostic and his colleagues plan to set up a collaboration with Lessard's group to investigate the mechanism of action of propionate in the regulation of exercise capacity.

Kostic concludes: "This is one of the first studies to directly show a strong example of symbiosis between microbes and their human host."

"It's very clear. It creates this positive feedback loop. The host is producing something that this particular microbe favors. Then in return, the microbe is creating something that benefits the host," he says. "This is a really important example of how the microbiome has evolved ways to become this symbiotic presence in the human host." 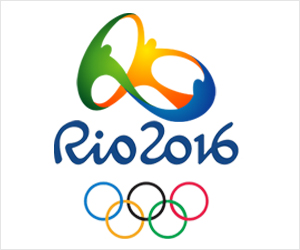 Exercise Can Improve Your Heart and Gut Health
Exercise can make your heart and gut healthier. Cardiovascular fitness had higher firmicutes to bacteroides ratio. Firmicutes are associated with metabolic byproducts that help prevent bacteria in the gut from leaking into the body.
READ MORE