The neurotransmitter glutamate may play an important role in sleep loss in patients with restless leg syndrome, according to a study published in the Neurology Journal.

Restless leg syndrome (RLS) is a condition where a person feels an irresistible urge to move the legs due to abnormal and uncomfortable sensations in the legs. These sensations can interfere with sleep and result in insomnia.


Researchers now believe that another neurotransmitter called glutamate may be associated with restless leg syndrome. Researchers from the Johns Hopkins University School of Medicine found that glutamate levels in the brain increased in people with restless leg syndrome. Glutamate is a neurotransmitter that is involved in arousal.  The levels of glutamate were increased in a part of the brain called the thalamus, in patients suffering from insomnia. The thalamus plays an important role in regulation of sleep and alertness. This could possibly explain the sleeplessness that these patients experience.

The researchers also suggest that the high glutamate levels could explain the lack of excessive daytime sleepiness in these individuals, despite suffering from reduced sleep duration at night.

Thus, targeting the excessive glutamate could possibly help people with restless leg syndrome to get a good night's sleep.

Insomnia is the worst side effect of RLS. The findings may change the way RLS is treated, according to the researchers.

"There are already drugs on the market, such as the anticonvulsive gabapentin enacarbil, that can reduce glutamate levels in the brain, but they have not been given as a first-line treatment for RLS patients," says Richard Allen, associate professor of neurology at the Johns Hopkins University School of Medicine and the lead investigator of the study.

"We may have solved the mystery of why getting rid of patients' urge to move their legs doesn't improve their sleep," he continued. "We may have been looking at the wrong thing all along, or we may find that both dopamine and glutamate pathways play a role in RLS."

Further research is, however, required before glutamate antagonists can be used for insomnia in restless leg syndrome patients. 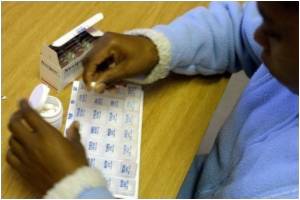