Genome Sequencing & Social-Network Analysis maybe a tool to look at outbreak of communicable diseases in communities and may prove to be a useful tool in the future. This combination was applied to study Tuberculosis outbreak in medium-sized community in British Columbia, Canada.

Mycobacterium tuberculosis is an infectious disease of grave significance. It is not confined to the poorer regions of the world but is even found in developed countries that boast of extensive control programs.

An outbreak of tuberculosis occurred over a 3-year period in a medium-sized community in British Columbia, Canada. This community has been struggling with severe challenges of alcoholism, drug abuse, and transient- housing arrangements. A total of 41 TB cases were diagnosed between May 2006 and December 2008.It must be noted that the 2007 incidence rate of 6.4 cases per 100,000 people, far exceeded the national average of 4.7 cases per 1 lakh people.


In October 2006, the British Columbia Centre for Disease Control (BCCDC) kick-started an epidemiologic investigation as part of a public heath safe-guarding program.

Outcomes were recorded with a one-year minimum follow-up for all patients.

Most of the patients had favorable outcomes.

Traditional contact tracing and Social-network analysis were employed in an effort to identify key individuals, places and behaviors that contributed to the spreading of the TB bacteria and to unravel the dynamics of the outbreak in a clear fashion.

Field epidemiologists were aware of the limitations of contact tracing and hence used social-network analysis much early during the outbreak.

A social-network questionnaire (SNQ) was developed to identify shared socialization patterns, and settings, and to prioritize case findings.

The resulting data from the field investigations and case findings were fed into a single network and could be visualized in Cytoscape software.

M. tuberculosis isolates from samples were cultured at the BCCDC Public Health Microbiology and Reference Laboratory.

Restriction-fragment-length polymorphism (RFLP) analysis (based on insertion sequence 6110) was performed on the first 13 outbreak isolates.

A 24-loci 'mycobacterial interspersed repetitive unit-variable-number tandem-repeat' (MIRU-VNTR) genotyping analysis was performed on all culture-positive, laboratory-confirmed isolates at the National Reference Centre for Mycobacteriology of the National Microbiology Laboratory in Winnipeg, Manitoba.

The researchers carried also out a follow- up whole genome sequencing of 32 Mycobacterium tuberculosis outbreak isolates and 4 historical isolates. The latter were from the same region but were collected before the outbreak.

Social Network Analysis, through structured interviews, has been found to improve case finding in vulnerable populations. The questionnaire focused on:

 Drug and alcohol use

Social-network analysis was also found to be far more efficient than contact tracing in identifying a probable source and also in identifying cases or locations for follow-up.

Early field investigation suggested that the outbreak was clonal because RFLP and MIRU-VNTR genotyping of the outbreak isolates generated identical pattern.

However, follow-up whole genome sequencing revealed this assumption to be untrue.

This confirmed that the Conventional molecular epidemiologic techniques such as RFLP is not fully capable of capturing genetic diversity within a single genotype of M. tuberculosis.

Interesting highlights of the study were:

 Several transmission events and "superspreaders" were involved in the outbreak

 Historical isolates were associated with each lineage and this suggested that divergence from a common ancestor occurred much earlier, before 2001

 If Social-network analysis and location-based screening had been performed on the historical cases, rather than just resorting to contact tracing, the recent outbreak could have been prevented

 The studies suggested that the trigger could be a social, rather than a genetic one

The study concludes that a socio-environmental factor such as crack cocaine-use triggered the simultaneous expansion of two lineages of M. tuberculosis among high-risk group.

It has also been concluded that epidemiological inferences are greatly improved by the integrated use of bacterial whole-genome sequencing and social-network analysis.

"Whole-Genome Sequencing and Social-Network Analysis of a Tuberculosis Outbreak"

Sputum Test
Pulmonary tuberculosis is caused by Mycobacterium tuberculosis.It primarily involves lungs and extend to other parts of the body.
READ MORE

Researchers Use Genomics to Investigate TB Outbreak
Vancouver, BC - Scientists supported by Genome BC have set a new standard for studying outbreaks of infectious disease by combining advanced genomics with a detailed map of the social
READ MORE 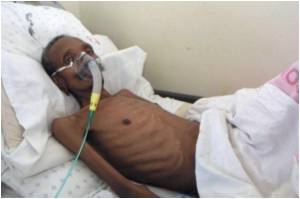 New TB Diagnosis Machine to Cut Down Testing Time
The World Health Organisation unveiled a new "while you wait" test for tuberculosis, that radically reduces the testing time and detects drug resistant forms of the deadly lung disease.
READ MORE