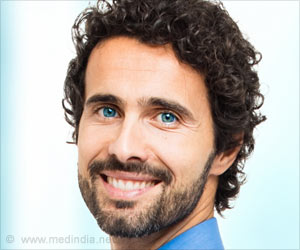 Blue eyes are distinct, powerful and undeniably beautiful. But have you ever wondered why some people are gifted with blue eyes while the majority of us are born with brown eyes.

A study from the University of Copenhagen reveals that every single person on the earth had brown eyes until a genetic mutation occurred around 10,000 years ago.


Researchers interpret that all people with blue eyes share a common ancestor.


The study examined the DNA of around 800 people with blue eyes from various parts of the world.

Out of all of the participants, 99.5% had the same mutation in the gene that decides the color of our eyes. In other words, they shared common DNA and were genetically related to one another.

The result also reveals that a single person is responsible for this mutation.


About the Genetic Mutation

Melanin is a pigment that gives color to our hair, eyes and skin. The OCA2 gene codes for the so-called P protein (melanocyte-specific transporter protein or pink-eyed dilution protein homolog), which is involved in the production of the pigment. However, the 'switch,' which is seen in the gene adjacent to OCA2, cannot completely stop the gene from functioning. Actually, it regulates the action of the gene to reduce the generation of melanin in the iris - effectively 'diluting' brown eyes to blue.

The switch's influence on OCA2 is very specific therefore. A complete destruction of the OCA2 gene can lead to albinism, which is a genetic condition characterized by the partial or complete absence of pigment in the skin, hair and eyes.

"From this we can conclude that all blue-eyed individuals are linked to the same ancestor. They have all inherited the same switch at exactly the same spot in their DNA" says Professor Hans Eiberg from the Department of Cellular and Molecular Medicine, who is also the lead author of this study.

Professor Eiberg and his research team studied mitochondrial DNA and also did a comparison of eye color of blue-eyed people in countries as diverse as Jordan, Denmark and Turkey. Eiberg's study is reportedly the most current findings in a decade of genetic research, which started in 1996 when he first implicated the OCA2 gene as being responsible for eye color.

The genetic mutation of brown eyes to blue colored eyes represents neither a positive nor a negative mutation. It is one of several mutations such as hair color, baldness, freckles and beauty spots and such mutations have absolutely nothing to do with increasing or decreasing chances of human survival. Eiberg says, "It simply shows that nature is constantly shuffling the human genome, creating a genetic cocktail of human chromosomes and trying out different changes as it does so."
References : 1. Hans Eiberg, Jesper Troelsen, Mette Nielsen, Annemette Mikkelsen, Jonas Mengel-From, Klaus W. Kjaer, Lars Hansen. Blue eye color in humans may be caused by a perfectly associated founder mutation in a regulatory element located within the HERC2 gene inhibiting OCA2 expression.

Light-Colored or Blue Eyes Linked to Alcohol Dependence: University of Vermont
European Americans with light-colored eyes or blue-eyes had a higher incidence of alcohol dependency than those with dark brown eyes.
READ MORE

Eye Colour and Personality
Can our eyes indicate our personality? If your teenage son does not look you in the eye while answering a question, he is probably not being entirely honest.The color of ones' eyes reflects individuality
READ MORE

Do You Want to Turn Your Brown Eyes Blue?
So far, no side-effects have been reported on the 37 people who have changed their eye-color. But ophthalmologists have cautioned against potential long-term effects like glaucoma.
READ MORE

Apert Syndrome
Apert syndrome is a rare inherited condition marked by abnormal shape of the face and skull due to premature fusion of the bones, and webbing of hands and feet.
READ MORE