Genes Can Help Distinguish A Number of Scents

The human nose has the extraordinary ability to detect nearly 1 trillion scents. Olfaction is an extremely complex process and this process of detection involves the working of neurons in the brain and a set of genes. This complex process had puzzled scientists for a while since the 10 million neurons in the brain chooses to activate a particular set of genes for specific scents.

The current Columbia University study published in Nature has uncovered this mechanism whereby the human genome coordinates the regulation of genes in each neuron to enable the nose to detect specific scents.
Genes Can Help Distinguish A Number of Scents

Stavros Lomvardas, Ph.D., Mortimer B. Zuckerman Mind Brain Behavior Institute at Columbia University; the principal investigator of the study said that the mechanism where a finite number of genes work towards distinguishing an infinite number of nuanced scents has been detected.


‘A Columbia University study published in Nature has uncovered the mechanisms by way of which neurons and genes work in tandem to enable the human nose to distinguish a finite number of scents.’
Read More..


Olfaction is a complex process where the receptors in the human nose must pick up a scent and also gauge whether it is pleasant or strong by scanning the memory for previous stored memories of scents.

Olfactory receptor neurons leading from the nose to the brain are primarily responsible for this process. Each neuron has the full set of olfactory receptor genes. However, in the process of olfaction; only one of these genes is active in each neuron. Moreover, the genes seem randomly active and vary from neuron to neuron.

Scientists have long been puzzled by this gene activity wherein each olfactory receptor neuron only activates a single gene thereby leading to the sensation of smell. The current research study used mouse models to uncover this mysterious olfactory process. Mice have a superior sense of smell as they carry nearly 1000 olfactory receptor genes. These genes are scattered across the genome at 60 different locations on different chromosomes.

Using a new genome sequencing technique called in situ Hi-C; the researchers were able to 3D map the entire genome inside a living cell. The mapping indicates a cluster of olfactory receptor genes on different chromosomes moving to choose an olfactory receptor gene. Other genetic elements like enhancers are also a part of the process. Enhancers regulate the activities of the genes.

While the research explains the complex process of olfaction, it can also be applied to other biological processes like cancer where genomic translocations (interactions between chromosomes) are known to play a major role. 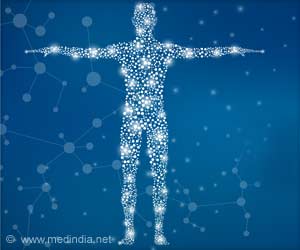 Not Just the Nose: New Found Smell Detectors May Also Sniff Out Diseases
Nerve endings (receptors) that detect smell (olfactory) have been found to occur in sites outside the nose as well and perform several important functions in these tissues
READ MORE

Interaction of Fragrances and Olfactory Receptors Decoded by RUB Researchers
Research has already shown that differentiating smells is no problem for the human nose.
READ MORE

New Defender for Your Sense of Smell
A new defender for the sense of smell known as the sentinel microvillous cells have been discovered that are likely to protect the olfactory epithelium from viruses, bacteria, and other harmful invaders.
READ MORE