For the first time in skin transplantation, a large surface area of damaged skin was transplanted with transgenic skin derived from genetically modified epidermal stem cells from the patient. The gene therapy was used to treat a seven year old boy suffering from extensive skin damage due to a genetic condition called epidermolysis bullosa. The procedure was performed by teams at the Ruhr-Universität Bochum's burn unit and the Center for Regenerative Medicine at the University of Modena (Italy) and published in Nature.

It is a congenital skin disease that causes extensive damage to the epidermal layer of the skin. It is caused due to genetic defects in protein forming genes that are crucial in skin regeneration. Even the slightest of stress to the skin can result in blisters, wounds and skin loss with scar formation. There is presently no cure for the disease. The disease reduces quality of life and can be life threatening depending on disease severity. In advanced cases, it can even affect internal organs leading to organ dysfunction.


This is what Dr Tobias Rothoeft, Consultant at the University Children's Hospital at Katholisches Klinikum Bochum had to say about Hassan's condition; "He suffered from severe sepsis with high fever, and his body weight had dropped to a mere 17 kilogrammes - a life-threatening condition."

When all medical and surgical approaches failed in treating the child, the team decided to perform an experimental approach--using the child's own stem cells to produce transgenic skin which was transplanted on to the child. Previously, a phase I/II clinical trial provided promising evidence that local transplantation of transgenic skin can generate a functional epidermis. This showed permanent (the longest follow-up being of 12 years) correction of skin lesions in patients with epidermolysis bullosa. However, the tested area of transplanted skin was very small to substantially improve the patient's quality of life.


‘Eighty percent of a childs epidermal skin area was transplanted with the transgenic skin derived from the keratinocytes.’


In the current study, almost the entire epidermis, approximately 0.85 square meters, of the seven year old boy was transplanted with transgenic skin derived from keratinocyte cultures. The keratinocytes were taken from the non-blistering part of the child's body and cultured in the laboratory. Then, the defective copy of the gene was replaced with the correct copy using retroviral vectors. The developed transgenic skin was then transplanted on to the wound sites of the patient, including the arms and legs, entire back, flanks, and partially to the stomach, neck and face.


Results of the gene therapy

There was tremendous improvement in Hassan's condition after the transplant. Today, almost two years since the therapy began, the transplanted epidermis remains resistant to stress with no scars and hair formation is at its beginning stages. Hassan now attends school and has a social life.

"This approach has enormous potential for research and development of new therapies for the treatment of epidermolysis bullosa as well as other diseases and trauma causing large skin defects" says Tobias Hirsch. 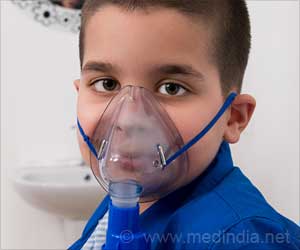 Gene Therapy: Potential Breakthrough to Cure Allergies
Gene therapy that erases memory of immune cells against allergens could be a potential new therapy for allergies like asthma and pollen allergy.
READ MORE