A polio vaccine has been developed that does not require refrigeration, a new study finds. This is a huge step towards the eradication of polio from the globe. Scientists at the University of Southern California (USC), USA have developed a new formulation using freeze-drying to stabilize the vaccine and increase its shelf-life.

The injectable polio vaccine was transformed into a powder-form by the process of freeze-drying or lyophilization and stored at room temperature for four weeks. The vaccine was then reconstituted and used to immunize mice, which were conferred full protection against the polio virus.
Freeze-dried Vaccine Can Eradicate Polio Globally


The study has been published in mBio, a journal of the American Society for Microbiology (ASM).


‘A newly formulated injectable polio vaccine has been developed, which is heat-stable. This new formulation of the polio vaccine protects against the polio virus and can help eradicate polio for good.’
Read More..


The Principal Investigator of the study was Dr. Jae U. Jung, PhD, Distinguished Professor and Chair of the Department of Molecular Microbiology and Immunology at the Keck School of Medicine, USC.

Dr. Woo-Jin Shin, PhD, a post-doctoral fellow in Jung's lab and the study's lead author, said: "Stabilization is not rocket science, so most academics don't pay much attention to this field." He added: "However, no matter how wonderful a drug or vaccine is, if it isn't stable enough to be transported, it doesn't do anyone much good."

Besides Shin, other co-authors included Daiki Hara and Jae Jung of the Keck School of Medicine, and Francisca Gbormittah, Hana Chang and Byeong S. Chang of Integrity Bio Inc., located in Camarillo, California. Integrity Bio specializes in developing drug and vaccine formulations, stability testing, and lyophilization, amongst others.

Freeze-drying, also known as lyophilization or cryodesiccation, is a process used for removing water from biological samples such as vaccines. This process involves freezing the material, followed by reducing the pressure, then increasing the temperature to allow the frozen water to sublimate. Freeze-drying converts the material into powder form, which makes it heat-stable and increases the self-life.

Freeze-drying has been successful in producing heat-stable typhoid, measles and meningococcal vaccines, but has failed to produce a heat-stable polio vaccine, until now.

Shin and his co-workers used lab techniques like liquid chromatography and high-throughput screening (HTS) to screen a huge number of samples and formulations to find the right one that was most suitable. Freeze-drying contributed significantly to make the vaccine formulation heat-stable.


What is the Importance of the Study?

The importance of the study lies in the fact that the stability of the polio vaccine has been increased appreciably by the method used by Jung's group. This increased vaccine stability means that the vaccine can be transported to remote areas where refrigeration facilities are not available. This will dramatically increase the availability of the vaccine in hitherto unreached parts of the globe.

The researchers plan to take the vaccine forward to human studies. Jung is hopeful that a foundation or company will provide funding to carry out these human clinical trials and help to bring the newly formulated injectable polio vaccine onto the market.

Immunization in Children - Trivalent oral polio vaccine TOPV
Poliomyelitis is caused by poliovirus, an entero virus and there are 3 types, type 1,2 & 3. Vaccines against poliomyelitis are available in 2 forms, Salk developed IPV and TOPV was developed by Sabin.
READ MORE

Polio Vaccine: A Single-shot Injection can Eradicate Polio
Poliovirus can be completely eradicated with the help of a newly developed vaccine. A novel one-shot nanoparticle vaccine is the one that delivers multiple doses and prevents paralysis.
READ MORE 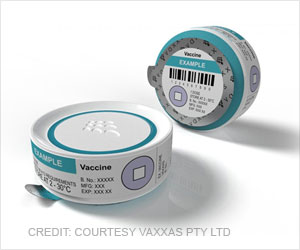