Written by Amrita Surendranath, B.Sc, M.Sc.
Article Reviewed by The Medindia Medical Review Team on July 2, 2017 at 11:30 AM
Health In Focus

B- lymphocytes (B cells) are a type of white blood cells that fight infections; however, in follicular lymphoma, the body synthesizes abnormal B cells. This type of cancer is known to be incurable and is found to affect more than 200,000 people worldwide. The genes associated with the development of this type of cancer had not been well established till now. In a recent study, though, a research team from EPFL has identified that the gene Sestrin1 is either absent or functions abnormally in patients with follicular lymphoma. The study published in the journal Science Translational Medicine analyzed the genome of over 200 follicular cancer patients to identify that the gene Sestrin1 was associated with this type of cancer. There are alterations in two chromosomes in this cancer, chromosome 14 and 18. A fault known as chromosomal translocation occurs where certain regions of the chromosome are 'exchanged' with certain other genes of the second chromosome. This alteration leads to the activation of a gene responsible for protecting the cells against dying, making these cells immortal.
Follicular Lymphoma : Sestrin1 Gene Link Detected

The research team from EPFL along with collaborative scientists from the U.S and Canada analyzed the genetic test results of over 200 patients with follicular cancer.


The study found that Sestrin1 is an anti-tumor gene that helps the cell protect itself from DNA damage, like after radiation exposure. This gene is known to potentially stop the cancerous cells from growing.


Alterations that Affect the Expression of the Sestrin Gene

Sestrin1 blocks the activity of the protein complex mTORC1, a well-known complex that is associated with protein synthesis. Nutrient and changes in the energy level in the cell are also identified by mTORC1.

The current study that identified the importance of Sestrin1 gene in the development of follicular cancer is important as it can now be used to detect the risk of developing the cancer early on. It can also be used to identify patients who require therapy to control the cancer. Another important aspect is that Sestrin1 is a gene that is associated with controlling the growth of cancer; therefore, it could be associated with other cancers too.

Follicular lymphoma is a type of non-Hodgkin lymphoma and is first evident as a swelling in the armpit, neck or groin. Other symptoms associated with the initial stages of this cancer are fever, night sweats and weight loss.

This is one of the slow growing cancers and it constitutes about 12% of all non-Hodgkin lymphomas The incidence of non-Hodgkin lymphoma in India is The incidence of this type of cancer in India is about one-fourth of the incidence found in North America and Europe. Urban cities had more number of people with follicular cancer than in rural areas, which suggests that progress in lifestyle and economic growth are significant contributors to the development of the disease.

From the study it was evident that Sestrin1 is an important gene that regulates tumor suppression but is also found to regulate cardiac hypertrophy. Monitoring the expression levels of this gene could be an important biomarker for early detection of disease and could be used for personalized medicine. 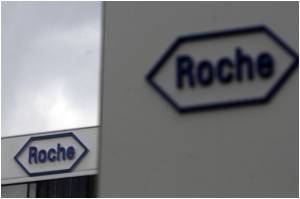 Lymphoma Recurrence Cut In Half By Anti-Cancer Rituxan
Long-term treatment with anti-cancer medication Rituxan, produced by Swiss laboratory Roche, can cut the recurrence of follicular lymphoma in some patients by half, a new study said.
READ MORE

Types of Non-Hodgkins Lymphoma (NHL)
Non-Hodgkins lymphomas are broadly classified depending on the type of lymphocyte affected and on the rate of its progress.
READ MORE 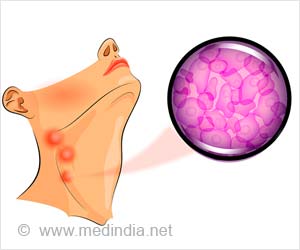 Follicular Lymphoma
Follicular lymphoma is a slow growing cancer of the lymph nodes. It is the most common form of slow growing B-cell non-Hodgkins lymphoma.
READ MORE