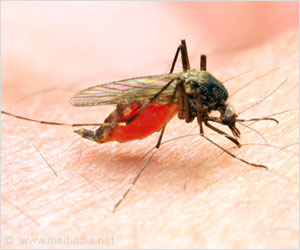 What is Ross River Virus Infection?

RRV is an RNA alphavirus, endemic in Australia. It causes arthralgias, fatigue, rashes and polyarthritis. In rare cases, it causes splenomegaly, hematuria, meningitis and encephalitis. A number of species of mosquitoes are known to act as vectors in viral transmission. However, the most common species acting as vectors include: Ochlerotatus vigilax, Ochlerotatus camptorhynchus and Culex annulirostris.

The incubation period is usually between 3 and 21 days. The virus is rarely seen among children. Diagnosis is usually confirmed with the presence of specific antibodies to the Ross River virus (RRV)In people with an on-going or past infection, there is usually an increase in the RRV IgM (Immunoglobulin M) antibodies. Diagnosis is usually done through an IFA (Immunofluorescence Antibody Assay) test.


There are no curative therapies available and the goal of treatment is to manage the symptoms like joint pains and maintain joint mobility. Paracetemol and other NSAIDS (non-steroidal anti-inflammatory drugs) are useful in pain management.

Recovery in mild cases takes as less than a month. In more severe cases, joint pains continue up to 6 months. Complete recovery is seen in almost all cases. Infection usually implies lifelong immunity.

In May 2014, the Australian Red Cross Blood Service received information about a blood donor who had developed fatigue and arthralgia, which was subsequently diagnosed as acute RRV infection. PathWest Laboratory Medicine WA detected RRV IgM antibodies using an IFA test. However, no RRV antibodies were detected with an in-house hemagglutination inhibition (HI) antibody test 10 days after blood donation. RRV IgM antibodies are usually detected by IFA test within a few days of infection and IFA tests are generally more reliable. The HI antibody test detects for IgG (Immunoglobulin G) antibodies, which usually appear a few weeks after the IgM antibodies.

Blood Service protocols do not permit donors diagnosed with RRV infection to donate fresh components for 4 weeks after recovery. The components from the infected donation were located. The RBCs (red blood cells) had been transfused to a patient with myelodysplastic syndrome on 12 March 2014. Myelodysplastic syndrome is associated with chronic fatigue and joint pains and the patient reported worsening symptoms post-transfusion. The patient was tested for RRV on 28 May 2014 and a detectable level of RRV IgM antibodies was found. This indicated the presence of RRV infection in recent months.

The associated donor's archived sample was retrieved and sent to the Victorian Infectious Diseases Reference Laboratory for RRV serological tests and RT-PCR (Reverse transcription polymerase chain reaction) analysis. Though the sample tested negative for RRV IgM and IgG, the RRV RNA was detected through two in-house RT-PCR tests and verified through sequencing.

Since 1972 when RRV was first reported in humans, an understanding of the epidemiology and spread of the disease has increased. RRV is the most common mosquito-borne disease in Australia. Transfusion transmission of RRV was considered a theoretical possibility. The new evidence now confirms that RRV can be transmitted via transfusions. This case is the first confirmed case of transfusion-transmitted RRV.

Lab testing for RRV is not done during the donation process and there is no validated blood screening for RRV. Donors with symptoms are not permitted to donate. However, most RRV cases are asymptomatic and viremia is present in the incubation period. If infected donors report subsequent symptoms, the donated blood and components can be immediately recalled. The Australian Blood Service has standards regulating blood donation, which requires donors to reveal recent infections but in this case, the donor developed the symptoms post-donation. The information was received 2 months post-donation by which time the blood had already been transfused. Blood Services is now strengthening its message to donors regarding reporting of subsequent illness post-donation.

This incident has now raised questions regarding lab screening for RRV infections. However, the feasibility factor needs to be taken into account. Nucleic Acid Testing (NAT) for RRV is not yet validated and the costs are prohibitive. Though Australia records nearly 5000-mosquito related RRV notifications per year, transmission via transfusion is a rare incidence. It should also be noted that no blood transfusion is without risk and a transfusion should be provided only when the benefit outweighs the risk after a careful clinical evaluation.

First Trial for Ross River Virus Vaccine Underway in Oz
A group of Australian researchers are conducting the first trial for a vaccine to fight against the Ross River virus that affects over 5,000 people annually in the country.
READ MORE

Rockhampton Reports Ross River Virus Cases After Rocky Floods
Flooding in Rockhampton has resulted in a whopping increase of mosquitoes that carry viruses. Seven cases of viral attacks were reported in this region after the floods.
READ MORE