A research team from Gladstone Institute has found that an FDA approved drug could increase brown fat, known to be beneficial to health. The drug worked on the principle of cellular reprogramming and mice that were injected with the drug and fed with a high calorie diet were found to have higher amounts of brown fat, reduced gain in body weight as well as faster metabolisms.
FDA Approved Drug Found To Increase Brown Fat and Lower Weight Gain

Weight gain occurs when there is a discrepancy between energy intake and energy expenditure, affecting the energy balance in the body. The additional energy, the energy that is not required by the body immediately, is stored as white fat. This is an evolutionary mechanism that was developed to help ancient humans tide over periods of famine. However, in this age of excess, white fat tends to get stored for long period of time leading to weight gain and obesity. Brown fat, on the other hand, aids in burning of energy.

White fat is known to store energy in the body while brown fat aids in burning energy through heat. It is known that
First author and a post graduate scholar at Gladstone Institute, Dr. Baoming Nie said that brown fat introduction could aid in treating obesity and lowering the risk for associated metabolic diseases. Current weight loss strategies are more focused on diet but the current strategy is aimed at monitoring energy expenditure. The scientists in this study have looked at a completely new aspect of weight reduction, focusing on improving additional reserves of brown fat which can boost its role in weight loss. It will aid in utilizing the energy stored in white fat.

The study that was published in the journal The Cell Reports, utilized cellular reprogramming methods to convert white fat and muscle precursor cells into brown fat. There were about 20,000 chemicals that were tested, before the researchers identified one that converted the identity of the cells into brown fat effectively.

The most startling aspect of the study has been that an anti-cancer drug, called bexarotene, was found to target a protein which resulted in the generation of brown fat. This target protein is the retinoid X receptor (RXR) that is involved in the control of various cellular proteins.

When this target protein was activated it resulted in sequential changes in the muscle precursor cells as well as white fat which finally lead to their conversion into brown fat like cells. The mechanism of action that occurred was that the activation of the retinoid X receptor turned on certain genes that were required for the production of brown fat and switching off of certain genes that were linked to white fat.

A high calorie diet was fed to mice for 4 weeks after which half of the mice were treated with the drug bexarotene. The mice that were given the drug were found to have
The research on brown fat has generated considerable excitement as it now could soon be possible to increase the brown fat in the body using a drug. However, there are serious apprehensions about using the drug, though it is FDA approved, as it is a drug meant for the treatment of cancer and could lead to a number of side effects. The next step forward would be to develop a drug that is safe for use.

An earlier study conducted in 2012 by a research team from Harvard University led by Dr. Bruce Spiegelman and published in the journal Nature found that exercising produced a hormone called irisin. This hormone moved throughout the body and altered fat cells and converting them into brown fat. This newly developed brown fat continues to burn energy or calories even after the period of exercise was over.

The scientists found that the benefit of irisin was not solely associated with conversion of white fat into brown fat but they believed that it could play an important role in lowering the risk for type 2 diabetes, It has always been known that exercise lowers risk for type 2 diabetes by 60%, irisin was found to play a role in insulin resistance. The study found that exercising increased irisin secretion and the scientists were looking at artificially injecting irisin levels to encourage energy burning.

The current study by researchers from Gladstone Institute has shown that a drug meant for humans could increase the amount of brown fat in the body, which would increase the amount of fat burned by the body and lower body weight of people who suffer from obesity. There are a number of metabolic diseases that are associated with obesity and lowering obesity would lower risk of the associated diseases.

How obesity affects a person
The problem of excess weight can be effectively dealt with, by the practice of yoga, which helps to shed unnecessary fat and keep the body in shape and in good health.Yoga Obesity Pranayama
READ MORE 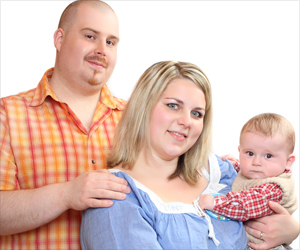