There has been a growing incidence of maternal mortality, where the number of women due to pregnancy complication and child mortality, where infants die due to premature births and other childhood diseases under the age of five years in India. It has been estimated that 55,000 women die every year due to preventable pregnancy complications and 1.32 million children die under the age of five every year in India. Though, in recent years, there has been a decline in the mortality rates, the Government of India has initiated several plans to accelerate the elimination of preventable deaths promptly.


Ever since the first national program launched in 1952, India has been consistently trying to improve health and reducing fertility in order to sustain development. The key emphasis of the Indian National Population Policy formulated in the year 2000 was to reduce the needs for family planning that has remained unmet and towards improving the healthcare infrastructure and attain population stabilization by 2045.


‘Family Planning will be a key strategy to reduce maternal and child mortalities and morbidities in India, stated Shri J P Nadda, Union Minister of Health and Family Welfare.’


It was committed that Family Planning will remain a central part of the government's efforts to ensure universal health coverage and to commit the country towards adopting an integrated approach by considering reproductive health as the main criteria to achieve health goals of the country.

At the two-day National Summit held on 5th April, 2016 in New Delhi, The Union Minister of Health and Family Welfare, Shri J P Nadda has stated that family planning could be the key strategy to reduce maternal and child mortalities and morbidities in the country. The dignitaries present during the conference include Shri B P Sharma , Secretary (HFW), Shri C K Mishra, AS& MD, Dr. Rakesh Kumar, JS (RCH, IEC) and other senior officers of the ministry and representatives of development partners.

Highlights of the Event:
The Variability in the Approach:

The Health Minister has announced a change in the approach of family planning to be the key strategy for reducing child and maternal mortality rates. The new approach is a comprehensive strategy that has been worked out to place maternal and child health at the center point. Family planning will become a key development imperative, reinforcing the rights of people to determine the number and spacing of children.

Women Empowerment: When women have the freedom to determine the timing of their pregnancies, their position in the society strengthens. It not only reduces child mortality, but also improves maternal health since there are risks associated with pregnancies that happen in quick successions.

Plans Proposed by the Health Minister:
Improved Access to Contraceptives:

In collaboration with Civil Society Organizations and the private sector, the country is committed to providing every client (including 200 million couples in reproductive age group) throughout the country with family planning information, services and commodities free of cost.

There comes a broader choice basket of contraceptive choices- Injectables, POPs and Centchroman for women offered by the public health system under national family planning program. This kind of improved access to contraceptives will be addressing all the dimensions of development. The health ministry will be working closely via the private sector engagement with social marketing and franchising approaches that will ensure that everyone receives the interventions.

Family Planning 2020: Contraceptive Use Prevented 80 Million Pregnancies In 2014
The Family Planning 2020 report said 111,000 women's and girls' lives were saved due to usage of modern, effective methods of family planning since 2014.
READ MORE 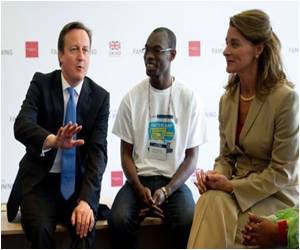