Exposure to Endocrine-disrupting Chemicals Linked to Diabetes and Obesity 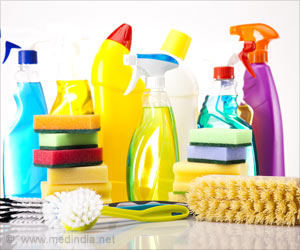 Exposure to endocrine-disrupting chemicals (EDCs) is linked to two major public health problems in the world - diabetes and obesity. This was revealed in a scientific statement issued recently by the Endocrine Society.

The new statement is part of the further investigation of the Society's initial 2009 groundbreaking report that scrutinized the state of scientific evidence on EDCs and the risk posed to human health.


According to the statement, EDC exposure is also linked to neurological problems, infertility, hormone-related cancers, and other disorders.


EDCs can mimic, block or -interfere with the body's natural hormones to create many health issues. EDCs can also change the way cells develop and grow by hijacking the body's chemical messengers.

Bisphenol A (BPA) is a well-known EDC, used in the production of polycarbonate plastics and epoxy resins. Other EDCs include phthalates found in plastics and cosmetics, flame retardants and pesticides. These chemicals are so common that most people have been exposed to one or more.

The society makes these observations based on emerging evidence.

The Journal of Clinical Endocrinology and Metabolism has published an analysis of the economic burden of EDC exposure.

The study estimated that the chemical exposure most likely costs the European Union $209 billion a year in actual medical expenses and lost earning potential.

"The evidence is more definitive than ever before - EDCs disrupt hormones in a manner that harms human health. Hundreds of studies are pointing to the same conclusion, whether they are long-term epidemiological studies in human, basic research in animals and cells, or research into groups of people with known occupational exposure to specific chemicals," said Andrea C. Gore, Professor and Vacek Chair of Pharmacology at the University of Texas at Austin. Prof. Gore led the team that developed the statement.


Susceptibility of Unborn Babies to EDCs

Also, some of the chemicals can directly influence beta and alpha cells in the pancreas, fat cells, and liver cells, which could increase risk factors for Type 2 diabetes, leading to insulin resistance and an overabundance of the hormone insulin in the body.

Epidemiological researches also show a connection between EDC exposure in humans with obesity and diabetes. However, the research design did not allow investigators to determine causality.

The study gives insights into factors driving the increasing rates of obesity and diabetes. As per the Society's Endocrine Facts and Figures report, about 35% of U.S. adults are obese. Also, around 29 million Americans have diabetes.

"It is clear we need to take action to minimize further exposure. With more chemicals being introduced into the marketplace all the time, better safety testing is needed to identify new EDCs and ensure they are kept out of household goods," Gore said.

In the statement, the Endocrine Society calls for:
The society stressed on the importance of recognizing EDC threat as a global issue at the fourth session of the International Conference on Chemicals Management held from 28 September to 2 October 2015 in Geneva.

Animal Testing Methods for Endocrine Disrupting Chemicals Should Change
Challenging risk assessment methods used for decades by toxicologists, a new review of the literature suggests that oral gavage, the most widely accepted method of dosing lab animals to test chemical toxicity, does not accurately mimic how humans ...
READ MORE

Endocrine-Disrupting Chemical Raises Risk of Precancerous Prostate Lesions
For the first time, a new study has found that the endocrine-disrupting chemical bisphenol A (BPA) reprograms the developing prostate, making the gland more susceptible to precancerous lesions and other diseases later in a man's life.
READ MORE

BPA may be a Bad News for the Body's Endocrine System
Bisphenol A has been worrying scientists since the last few years. This endocrine disruptor interferes with the hormone signaling system of the body
READ MORE