Written by Madhumathi Palaniappan, B.Pharm
Article Reviewed by The Medindia Medical Review Team on March 24, 2017 at 7:25 PM
Health In Focus

The discovery of a novel, revolutionary drug from the University of New South Wales, reverses aging, improves DNA repair and could even help NASA astronauts to travel Mars.

The research team uncovers a critical step in the molecular process which is capable of allowing the cells to repair the damaged DNA. The research study was published in the journal Science.
Excited NASA: Revolutionary Drug to Reverse Aging!


The experiments that were carried out in mice suggested, a possible treatment for DNA damage that occurs due to aging and radiation. The results of the experiment were promising and had attracted the NASA astronauts. They even believe that the new treatment can help in its Mars mission.

By treating the mice with the NAD+ precursor, or ' booster;' called NMN (Nicotinamide mononucleotide), the ability of the cells, to repair the DNA damage caused by radiation exposure or old age, improved.

Professor David Sinclair, UNSW School of Medical Sciences and Harvard Medical School Boston, said, "The cells of the old mice were indistinguishable from the young mice, after just one week of treatment."

The clinical trials of NMN Therapy will begin within six months.

Sinclair, said, "This is the closest we are to a safe and effective anti-aging drug that's perhaps only three to five years away from being on the market if the trials go well."

On the Verge of Discovering an Anti-aging Pill: NMN Therapy

Professor Sinclair and Dr. Wu have been working for the past four years, to make the NMN therapy into a drug substance or a pill for anti-aging.

The clinical trials for the drug will begin at the Brigham and Women's Hospital, in Boston.

The study findings on NAD+ and NMN were found to add value to the aging research. The research team looked at the interplay of the number of proteins and molecules involved in the aging process.

They also established the role of NAD+ in treating various diseases of aging, female infertility and side effects of chemotherapy.

Professor Sinclair, found a link between the anti-aging enzyme SIRT1 and resveratrol which is a naturally occurring molecule present in red wine, in 2003.

He added, "While resveratrol activates SIRT1 alone, NAD+ boosters activate all seven sirtuins, SIRT1-7, and should have an even greater impact on health and longevity."

The theory may alleviate the damage caused by the DNA in frequent flyers and may also benefit survivors of childhood cancer.

Around 96% of childhood cancer survivors would suffer from chronic illness by age 45, this may type 2 diabetes, Alzheimer's disease ,other types of cancer and cardiovascular diseases.

Dr.Wu said, "All of this adds up to the fact they have accelerated aging, which is devastating."

"It would be great to do something about that, and we believe we can with this molecule."

Why is NASA Excited?

The National Aeronautics and Space Administration (NASA) is an independent agency of the United States of America and is well known for its aerospace research.

The research work on NMN therapy has excited NASA because of the challenge it faces to keep astronauts safe and healthy during a four-year mission to Mars.

NASA astronauts, even on a short mission, may experience an accelerated aging from cosmic radiation.

They may suffer from symptoms like
Moreover, a trip to Mars would make the condition even worse resulting in a
Professor Sinclair and his colleague Dr. Lindsay Wu, came up with a solution for the problem and even won the NASA iTech competition last year.

Cosmic rays are subatomic particles that arrive with a variety of energies from outside the Earth's atmosphere. The radiation emitted is not only an issue for astronauts, but also for people during air travel. It is roughly estimated that the London-Singapore-Melbourne flight may emit cosmic rays equivalent to a radiation of a chest X-ray. 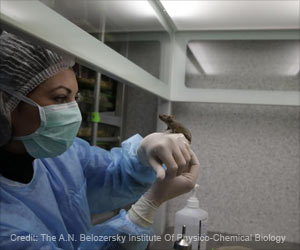 Aging Can Be Slowed Down By A Synthetic Compound
A novel compound called SkQ1 molecule targeted the mitochondria and tried to slow down aging with mutations, reveals study.
READ MORE 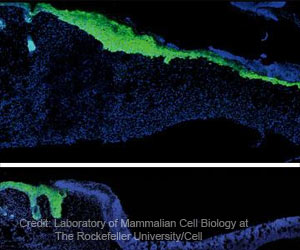 Heres Why Aging Slows Down Wound Healing
Specialized skin cells that decline as you age is responsible for slow wound healing.
READ MORE