Folate Vitamin B9 is an essential nutrient that plays a vital role in many bodily functions such as DNA synthesis and repair, cell and tissue growth, and supports reproductive health, cardiovascular and neural health.

It is important to consume the daily recommended level of vitamins and minerals for the proper functioning of the body. But consumption of nutrients more than the recommended levels may be harmful.
Excess Folate Intake Associated With Peripheral Neuropathy In Older Adults

Excessive intake of folate is linked to nerve damage risk in older adults with a common genetic variant, according to a new study.


‘Individuals with a genetic variation in TCN2 gene are three times more likely to have peripheral neuropathy.’

People who carry a genetic variation in TCN2 are more likely to suffer from nerve damage. The gene TCN2 codes for a vitamin B12 transport protein. People with TCN2 variation also referred as GG can cause vitamin B12 deficiency, even if they consume recommended levels of vitamin B12.

In the United States, one in six people carry two copies of genetic variation in TCN2.

A team of scientists from the Jean Mayer USDA Human Nutrition Research Center on Aging at Tufts (USDA HNRCA) conducted an epidemiological study among older adults. The study involved 171 adults aged 60 and older.

The researchers focused on participants who consumed more than twice the Recommended Dietary Allowance (RDA) of 800 micrograms of folate a day. Out of 171 individuals in the study population, 31 had GG variant.

The risk of peripheral neuropathy was seven-fold higher for individuals with the GG variant. The researchers found no significant difference in odds among participants who consumed less than 800 micrograms of folate a day.

Ligi Paul, Ph.D., scientist in the Vitamin Metabolism Laboratory at the USDA HNRCA, and senior author of the study, said, "Due to the prevalence of the TCN2 variant, and because the average daily folate intake for US adults over 50 is already more than twice the RDA, we believe that our findings highlight a potential concern for a large proportion of older Americans."

"Our data suggest that older adults should keep folate intake close to the recommended amounts, and try to get nutrients from a balanced diet rather than depending on supplements," said Paul.

Vitamin B12 Deficiency in Older Adults

Vitamin B12 deficiency is more common among older adults due to decreased stomach acid production and some medications that interfere with the absorption of the vitamin from food.

The new findings add evidence to the previous studies. The researchers suggest that older adults should be careful about their folate intake.

Hathairat Sawaengsri, Ph.D., of USDA HNRCA and lead author of the study, said, "Folate is a necessary vitamin and no one should think that it needs to be avoided. But in certain situations, very high intake of folate may be harmful. Vitamins and minerals should be consumed at an optimal level--not too high and not too low."

The findings of the study add to the growing evidence that high and low intake of folate can cause negative health outcomes. In the previous study conducted in mice, the researchers found that excess folic acid consumption was associated with shortening of protective structures (telomeres) on human chromosomes and can reduce the ability of the immune system to destroy cells infected by viruses.

Folate is a water-soluble B vitamin that is naturally found in foods. It is an essential nutrient especially for infants, children and pregnant women (to prevent birth defects). Folate is the term for both naturally occurring in food and the synthetic form called as folic acid, which is found in fortified foods and supplements.

Approximately 35 percent of the adults in the US consume folic acid in dietary supplements, according to the National Institute of Health's Office of Dietary Supplements. Adults over the age of 50 years are at risk of consuming excess folate. The Dietary Guidelines for Americans advises that nutrients are best obtained from natural food sources. Some of the food sources of folate include, Source: Medindia

Understanding of Peripheral Neuropathy Improved By Research
One in 25,000 people worldwide is affected by neurofibromatosis type 2 (NF2). It is a condition where the loss of a tumour suppressor called Merlin results in multiple tumours in the brain
READ MORE

Allodynia
Allodynia is a nerve condition where non-painful stimuli such as a light touch or brushing hair provoke pain. Allodynia is prominent in patients with neuropathic pain as in fibromyalgia, diabetes and migraines.
READ MORE 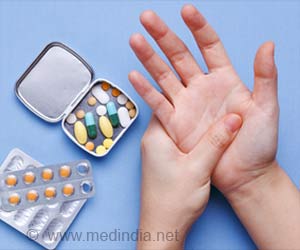 Drug-Induced Neuropathy
Some drugs which are prescribed to treat disease may cause neuropathy as an adverse effect. Signs and symptoms of drug-induced neuropathy can be debilitating and permanent. Know about adverse effects of therapeutic drugs to avoid them, when possible.
READ MORE 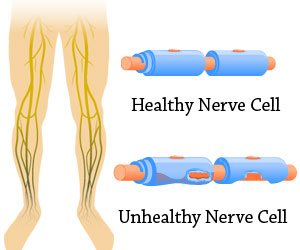 Peripheral Neuropathy
Peripheral neuropathy is a condition that causes weakness, numbness and pain, especially in the limbs as a result of damage to the peripheral nerves.
READ MORE