A new technology-based approach can predict people at high risk for developing type 2 diabetes. The approach developed by the research team at the University of Glasgow uses micro-RNAs biomarkers in the blood to predict those at risk.

The research team comprised of scientists from the United States and Europe. They discovered potential biomarkers for diabetes in the form of proteins and molecules called micro-RNAs. The team hopes that their findings could help tackle the global problem of type 2 diabetes.
Early Detection of Type 2 Diabetes Using Micro-RNAs Biomarkers in Blood


‘Type 2 Diabetes could be predicted years in advance using micro-RNA biomarkers in the blood. Proteins like adiponectin, cathepsin D and NCAM.L were lower in those that progressed to impaired glucose tolerance and hence type 2 diabetes.’


Most cases of diabetes can be prevented by identifying those at high risk for developing type 2 diabetes.

"This project is a great example of a productive collaboration between University and industry researchers, bringing cutting-edge technology to bear on an important public health issue, using carefully collected samples from well-characterized individuals," said, lead author of the study, Professor John Petrie, Institute of Cardiovascular and Medical Sciences, University of Glasgow.

Few years before developing type 2 diabetes, cells scattered throughout the pancreas (beta cells) work overtime to produce extra insulin and to keep the blood glucose levels within the normal range. But, when diabetes develops, beta cells become exhausted and no longer make enough insulin to process and store food.

For the study, the research team looked at the proteins present in the blood samples of the participants three years before they developed type 2 diabetes. The blood samples were then compared to participants of similar age and weight who maintained normal blood glucose levels over the same period.

The research team measured 1,129 proteins in each blood samples and 754 micro-RNAs that were known to regulate the expression of genes. A statistical model was used to find out which molecule predicted diabetes better. Both the approaches flagged a series of micro-RNAs in the Epithelial-Mesenchymal Transition (EMT) pathway. The series of changes in the beta cells reflect the form of stress as they begin to lose their insulin producing properties due to overwork.

Proteins such as adiponectin, endocan, and sialoadhesin show potential in both monitoring and predicting future decline in beta cell function. Low levels of adiponectin are associated with beta cell dysfunction and are top predictors of impaired glucose tolerance.

The findings of the study suggest that several proteins and miRNAs in the EMT pathway predicted a decline in beta cell function and glucose tolerance.

Dr Petrie added, "We are sharing the findings openly with the diabetes research community today in the hope that our findings can help in the global effort to tackle the ongoing pandemic of type 2 diabetes and its complications."

The study, 'Identification of novel biomarkers to monitor cell function and enable early detection of type 2 diabetes risk' is published in the journal PLOS ONE. The team hopes to conduct further research to validate the findings and follow-up to develop new drug targets for diabetes drug development.

Type 2 diabetes is a condition characterized by high blood glucose level and serious long-term complications affecting the eye, nerve, heart, reducing life expectancy. Globally, 415 million people have type 2 diabetes. It is predicted that the numbers would rise to 642 million by 2040. Factors that play a key role in preventing diabetes are earlier and more intense intervention in reducing calorie intake, increasing physical activity, and preventing weight gain associated with poor lifestyle. 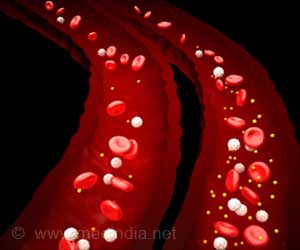 Disease Progression of Diabetes At The Molecular Level can Be Detected
The new method that uses vibrational microspectroscopic technology can help indicate biochemical changes in the pancreas.
READ MORE 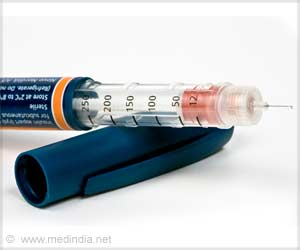 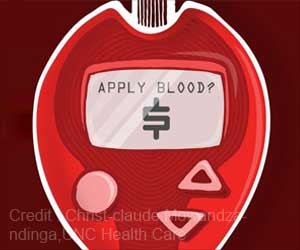