The need and the responsibility of every individual to donate organs was the reforming message driven to society at large at the Organ O'Cultural Fest organised by MOHAN Foundation on 09 August 2010 at Seminar Hall, Madras Medical College, Chennai. This was a celebration to start off the "Organ Donor Week 2010"

The one-of-a-kind cultural event honoured this social obligation beginning with a presentation on Organ Donation and Organ Harvesting and then progressed towards procedures and mandates of organ donation. The programme also demystified the myths and fears that prevented people from pledging to donate their organs, by clarifying the procedure in understandable terms. 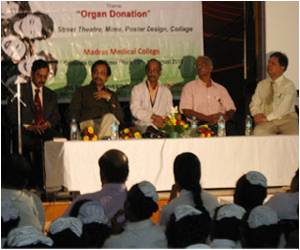 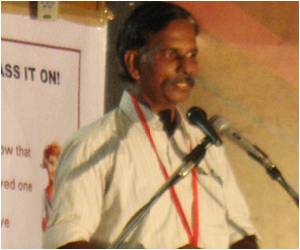 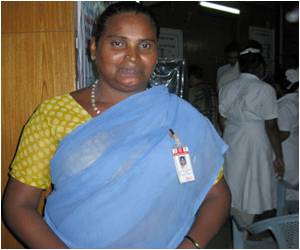 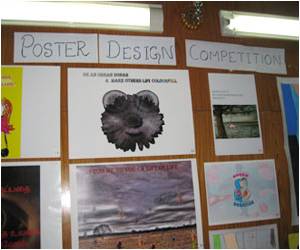 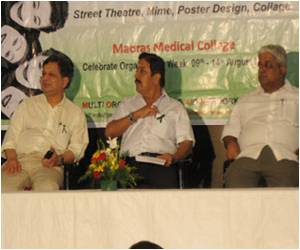 Fact of the Matter


The evidence of sincerity cut sharp through on the mention of 'silent revolution' where Chennai, the city that once notoriously peaked the charts on organ trafficking has become the 'leading- by- example' city in legal and ethical organ transplantation. Chennai is also getting ready for a prospective simultaneous organ transplantation of both heart and lungs. However, Tamil Nadu has 0.8 donor per million whereas Spain has 32 donors per million making Spain a worthy contender on that front.
Advertisement
Mandates

Dr. Palani, the Deputy Medical Superintendent of Government General Hospital elaborated on the current system that makes 'Brain-death declaration' mandatory in all government hospitals.. A large number of those injured in road traffic accidents (RTA) are brought to the government hospitals and it is a well-established fact that one of the major causes of brain death is severe injury sustained in RTAs. Grief Counsellors have an emotionally challenging vocation since they are obliged to broach the subject of organ donation to the patient's family members in this kind of traumatic situation. Their decision has to come at an agonizing moment while the patient's heart continues to beat but there is no chance of their beloved being restored to life. He also praised Veena and Sujatha - Grief counselors from MOHAN Foundation for doing a fantastic job and sometimes staying on with the family of the deceased for up to 48 hours.

The success of the mission is solely credited to awareness. Over one lakh people in India suffer from kidney diseases, although the disease is not contagious the suffering spreads to family members. The cost of dialysis and other diagnoses are expensive and often financial needs are met by sponsors. The sad truth is that the demand for kidneys and other organs is on the rise, but loss of organs is attributed to a lack of system. Victims of accidents are potential organ donors but this goes unnoticed due to lack of awareness  not just in the general public, but also in the medical community.

Apart from ignorance and superstitious beliefs, other major challenges include bureaucratic procedure that delays and causes inconvenience to willing families who travel from distant places. Dr. Palani suggested that since the cause of brain death in most cases is a road traffic accident and that is clearly established, , post-mortem of such organ donors can be conducted by doctors (forensic medicine experts) in the  operation theatre at the same time as organ retrieval. This change could ease the waiting time for grieving families.

Heroes and Testimony
The heartrending testimony of Mr. Sakthivel was inspiring. He witnessed his wife Mrs. Sankari's fatal accident that left her brain-dead. Despite his grief, he made the noblest decision to donate her organs, saving six other people's life. He believes that by donating her organs she continues to live in others. When people approached him off-stage he admitted that his testimonial speech was emotionally difficult each time because he could not do it without recalling the sight of his wife in the fatal accident, but he continues to do it, to encourage others to save peoples' lives.

On a Happy Note

The intercollegiate function exhibited college students' commitment to spreading awareness on organ donation through Mime, Street-Plays, Poster-Design and Collage. Actor R. Siva Kumar was the shining star of the evening, not only as an actor, but as an inspiring role model. His proactive attitude had the audience laughing when he pulled out almost four Donor Cards from his pocket before he was presented with an inaugural Donor Card by the organizers. His speech was youthful and thought provoking, yet maintaining the focus on organ donation.

The impact of the programme was positive since many people who attended it, irrespective of whether they were medical or non-medical personnel, people of all ages, from all walks of life, pledged to donate their organs. MOHAN Foundation is a commendable initiative and the future of the organization remains bright with the expectation of opening more branches across India, to make it easier for people to donate organs and benefit from organ donation.

Organ Donation - The 'Ultimate' Gift
Organ donation, considered the highest form of human service, allows the opportunity to give life .....