Do Blood Cancer Patients Die Where They Wish To? 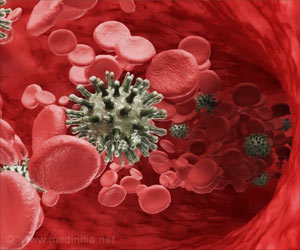 When asked where they would prefer to die, most people say that they want to die at home. Home is the first preferred place of death for majority people in the United Kingdom (UK). The ability to die in one's preferred place is considered to be a 'quality marker' by the UK National Health Service (NHS).


Therefore, understanding a patient's preference for place of death and supporting them to achieve it has become a priority. Despite these efforts, a large proportion of people still do not die in their preferred place. This trend is particularly apparent among patients with hematological malignancies or blood cancers. It has been observed that around two-thirds of patients with hematological malignancies such as leukemia, lymphomas and myeloma die in the hospital, which may or may not be their preferred place of death. Patients with hematological cancers are more likely to receive intensive care in the final days of their life and are less likely to receive inputs from specialist palliative care or hospice services. Previous studies in Australia have suggested that patients often die in hospitals with limited access to their families.


In a study published in BMJ Supportive & Palliative Care, researchers analyzed data from 323 patients who were diagnosed with acute myeloid leukemia (AML), diffuse large B-cell lymphoma (DLBCL) or myeloma between 2005 and 2008, and who died before mid-2010. The team scrutinized the hospital medical records and community palliative care records for official forms specifically designed to document the patients' preferred place of death. Other written records were also considered. They found that a total of 142 patients (44%) had discussed their preferences.

The researchers suggest that one of the reasons for this is that the patients require aggressive treatment which is available in a hospital. Sometimes, there is rapid deterioration of the patient with no time for a discussion.

The researchers concluded that many patients with hematological malignancies have the opportunity to discuss about their preferred place of death and do die in their preferred place. However, they also identified several patients who did not participate in such discussions and therefore more commonly died in a hospital. Further studies could address the reason for the lack of discussion or the lack of fulfillment of the wish of the patient in this regard.

The findings of the study are crucial to ensure that a maximum number of patients with hematological malignancies receive optimum end-of-life care and die at a place they wish to.

How Does Alcohol Affect Lymphoma, Leukemia, and Other Types of Hematological Cancers
An inverse association between alcohol consumption and cancers such as lymphoma and leukemia has been found in several studies.
READ MORE