DHAKA Score  A New Tool for Diagnosing Dehydration in Children

Why Is It Important to Diagnose Dehydration

Dehydration occurring due to diarrhea is one of the leading causes of infant mortality in the developing countries. It is important to recognize a severely dehydrated child in the midst of seeing several cases on a busy day, and institute prompt treatment. It may help save many precious young lives.

This study was conducted by Dr. Adam Levine, associate professor of emergency medicine in the Warren Alpert Medical School of Brown University. He was assisted by a team at the International Centre for Diarrhoeal Disease Research in Dhaka, Bangladesh.
DHAKA Score  A New Tool for Diagnosing Dehydration in Children


The study analyzed 771 children with diarrhea due to various causes including cholera and severe intestinal infections.


The aim of the study was to determine which clinical signs in the child predicted most accurately the severity of dehydration.

They zeroed in on four such symptoms that a nurse or doctor could observe in less than two minutes to make an accurate diagnosis. These included - This 4 symptom score aptly named the DHAKA score (after the capital of Bangladesh) stands for Dehydration Assess Kids Accurately.

Signs and Symptoms of Severe Dehydration in Children

Some of these can be fatal - Swelling of brain

Results of the Dhaka 2014 Study

This study also retrospectively compared the admission weight and the post-rehydration weight and calculated the percent weight gain and found that the results correlated perfectly with percent volume loss.

It is now the most tested method and scores over the current standard, the World Health Organization's Integrated Management of Childhood Illness (IMCI) guidelines.

Results of Validation Studies Conducted in 2015

Dr Levine returned to Dhaka in 2015 to validate the DHAKA score by testing its predictive value with an entirely new population of 496 patients.

This study was carried out to determine whether the scoring method would work for any group of patients, not just the ones from whom it was derived in the 2014 study.

Nurses employed both the DHAKA score and IMCI algorithm when new patients arrived.

On a statistical scale of accuracy, where 0.5 is no better than chance and 1 is perfect, DHAKA rated 0.82 while IMCI rated 0.76.

Why the Dhaka Study and DHAKA Score are Significant

This is the first score to be derived and validated in a low-income country setting where most diarrheal epidemics occur.

Also, the DHAKA study is the largest study ever of dehydration assessment of kids anywhere, with over 1200 children studied including both the derivation and validation studies.

Dr Levine plans to return again to Dhaka in the spring of 2016. That is the time of the year when the scourge of cholera attacks Bangladesh every year.

This time, he plans to test it in rural clinics of Bangladesh. He plans to determine if the DHAKA scoring is simple enough to use in the rural clinics where there isn't the same degree of training and experience as at the center in Dhaka.

If the study proves successful, Dr Levine hopes to earn the WHO's endorsement to use DHAKA as the new diagnostic standard in clinics low on resources and high on caseloads. 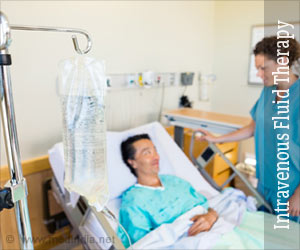