Written by Amrita Surendranath, B.Sc, M.Sc.
Article Reviewed by The Medindia Medical Review Team on May 3, 2017 at 7:11 PM
Health In Focus

There is a 50% higher risk of death among heart failure patients who are unemployed, according to a study presented at the 4th World Congress dedicated to work on Acute Heart Failure. The study was conducted on nearly 20,000 patients who suffered from heart failure and brought to the fore the association between unemployment and death due to heart failure.
Death Risk Increased By 50% In Unemployed Heart Failure Patients


An increased likelihood for death was associated with unemployment which exceeded the confounding risk due to stroke or diabetes. Dr. Rasmus Roerth, a physician with the Copenhagen University Hospital, said that a job brought with it wellbeing and a feeling of performance status for an employee. Conversely, the absence of a job leads to an elevated risk for mental health problems, depression and suicidal tendencies.

Heart Failure is a condition in which the heart is unable to pump sufficient amount of blood to meet the requirements of the body. This could affect one side of the heart or both the sides and is normally associated with coronary artery disease, diabetes or hypertension.

Dr. Roerth said that among younger heart failure patients, unemployment could be used as a predictor of morbidity as well as mortality. This could be used to stratify the patients based on risk and could be used for appropriate therapy to lower risk.


‘Employment status of heart failure patients should be screened to utilize interventional strategies and lower the high risk of death among unemployed patients.’


As a part of the study, the employment status of patients was correlated with all-cause death as well as for recurrent hospitalization. The average follow up of the study was 1005 days and the findings were: When the data was adjusted for age, education level, sex and for co-morbidities, Dr. Roerth said that the loss of a job was associated with a risk of death that could be compared to the risk of diseases like diabetes or stroke. This highlights the profound effect of employment on heart failure patients.


Effect of Unemployment and Risk of Death- Mechanism

The mechanism of action is complex. This could be due to the measure of performance interpreted by the patient. However, the scientists involved in the study state that the physical inability of the patients, which could be indicative of the physical status and prognosis of the condition, could be another factor for loss of jobs.

The effects of unemployment are not restricted to physical status alone but could also lead to effects on mental health; this can lead to degeneration of health, which can be used as a prognostic marker for heart failure patients.

Unemployment should be treated as a prognostic marker, and this study could be used

The prevalence of heart failure is rising in India due to increase in population, transitions in health and epidemiology. The increasing cardiovascular risk factors and diseases like rheumatic arthritis and limited infrastructure are known confounding factors. However, the current study that details the effect of unemployment could have a greater significance in India, where greater onus is laid on being employed. The employment status should be collected during various stages of treatment of heart failure patients, to identify the need for interventional strategies that could lower the risk of death. 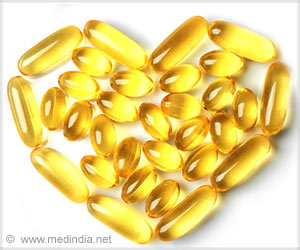