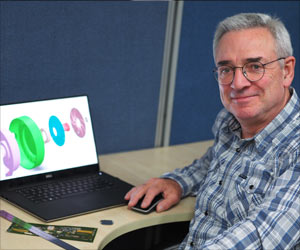 End-Stage Renal Disease (ESRD) is the final stage of chronic kidney disease (CKD). This is a condition in which the kidneys can no longer support the body's needs. The kidneys excrete waste and excess water from the body. When the kidneys are not functioning, a patient with ESRD will have to undergo dialysis or a kidney transplant.


Dialysis is a procedure that replaces the function of a kidney. It removes waste and excess fluid from the blood. The process involves diverting blood to a dialysis machine to be cleaned. The two types of dialysis are hemodialysis and peritoneal dialysis.


‘The solar powered low-cost dialysis machine offers hope to save millions of lives as it favors easy accessibility for patients suffering from chronic kidney disease.’

A report published by The George Institute in 2015 reveals that millions of people die every year due to lack of access to treatment for ESRD such as dialysis or kidney transplant. About 2.28 million people may have died prematurely as renal replacement therapy could not be accessed. Most of these preventable deaths were reported in China, India, Indonesia, Pakistan and Nigeria. The number of people who receive renal replacement therapy is predicted to double to over five million.

In India, about 70% of the people with CKD live in the rural areas, with limited or no access to treatment. Treatment of ESRD is a low priority for most of the government-run hospitals. In the absence of health insurance plan, less than 10% of all patients receive any kind of renal replacement therapy.

There are 400 dialysis units in India, but, more than two-thirds are in the private sector.

Among patients who start on dialysis, 71% die prematurely or stop treatment within the first three months due to financial reasons. About 23% of the patients go for a kidney transplant. Of the patients who continue to be on hemodialyses, 60% receive irregular treatments and 3% start on continuous ambulatory peritoneal dialysis (CAPD). Hemodialysis for twice a week at private hospitals can cost up to $2500US a year. Hemodialysis for thrice a week can cost up to $3500US a year.

The world's first low-cost dialysis machine has been unveiled on the World Kidney Day (March 10) after a year-long international competition. The Affordable Dialysis Prize encouraged innovative researchers around the world to design a new technology which will help reduce the high costs of dialysis that can severely limit opportunities to make renal replacement therapy available in low and middle-income countries.

The winning inventor of the innovative design is Vincent Garvey, a British engineer. He was awarded the Affordable Dialysis Prize worth of US$100,000. The prize was jointly established by The George Institute for Global Health, the International Society of Nephrology and the Asian Pacific Society of Nephrology and supported by the Farrell Family Foundation. The winning design by Garvey is compact and it can fit into a small suitcase. It uses a standard solar panel to power a highly efficient, miniature distiller capable of producing pure water from any source.

A group of ten global kidney specialists unanimously selected Mr Garvey's invention. This machine could save millions of lives each year and transform the way ESRD is treated around the world.

Mr. Garvey was a manufacturing engineer and therefore, had little knowledge about dialysis and kidney disease when he entered the competition. But, the challenge and the chance to save lives inspired him to develop a cost-effective dialysis machine.

Mr Garvey said, "The statistics are pretty chilling. We are not just talking about one individual, there are millions of people who don't have access to dialysis and currently suffer pretty awful deaths."

"I have always loved a challenge and the idea of solving this problem excited me from the start. It's incredible to win this prize but I am already focused on building the team to tackle the challenges ahead."

Professor Vivekanand Jha, the Executive Director of the George Institute for Global Health India, congratulated the winner and said that the invention was timely since the Union Finance Minister has announced an ambitious scheme of providing dialysis in every district hospital in India.

"Availability of an innovative and affordable system will go a long way in meeting that goal, and will allow development of sustainable programs across the country, It would be a game changer, since the system will allow patients to perform the dialysis treatment at their homes." said Jha.

"Dialysis has been around for half a century, and yet has remained hugely expensive even though the technology hasn't evolved substantively. In this time, computers have shrunk from the size of buildings to that of a watch; that's the kind of radical overhaul needed."

Conventional dialysis therapies are expensive and can cost several tens and thousands of dollars. They are widely available in most developed countries but much less in countries with limited or no healthcare funds.

Professor Vlado Perkovic, Executive Director of The George Institute for

Global Health, Australia, said, "We congratulate Vincent Garvey and look forward to supporting him to build and test his exciting invention, and bring it to those many millions of people around the world who are currently missing out on dialysis treatment."

"Dialysis has been with us for more than 50 years but there has been no great leap forward in its design or, more importantly, its cost, remaining hugely expensive and out of reach for millions of sick people. It's been a long time coming but this invention just might be the radical overhaul we've all been hoping and waiting for."

Sponsorship and funds are actively being sought to build a prototype. Animal trials will be started as early as 2017 and human trials will take about two to three years.

How Does the Low-Cost Dialysis System Work?

The critical barrier to developing low-cost dialysis was the lack of cheap, sterile water as in many countries the electricity supply is unreliable and water becomes contaminated. Therefore, the new device has been developed by keeping its barriers in mind.

Compared to hemodialysis, PD is potentially much cheaper. But in developing countries, the cost of transporting thousands of foreign manufactured two-liter bags of PD fluid to remote locations are difficult, making the technique less reliable.

The invention is useful for short-term dialysis for acute kidney failure and also benefits children and young adults whose kidneys have stopped working temporarily due to infection and dehydration. The design also provides detailed plans to use the system for affordable hemodialysis, which is the more common type of dialysis.

IIT-B develops Membrane that will decrease Dialysis cost by 50%
Scientists at IIT-B have come up with a membrane to be used in dialysis that will not only cut the cost of dialysis by half, but also decrease the process time by 50 per cent.
READ MORE

Potential Treatment for Better Heart Health in Hemodialysis Patients Identified
A potential way to improve the lipid profiles in patients undergoing hemodialysis that may prevent cardiovascular disease common in these patients has been discovered by researchers.
READ MORE

New Targets in Preventing ESRD and Death of Diabetics Highlighted by Competing Risks Analysis
It is very well-known that patients with both type 1 diabetes and CKD have an increased risk of adverse outcomes.
READ MORE