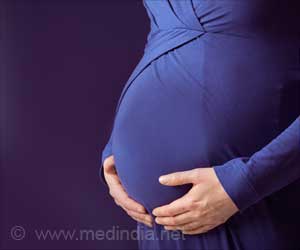 Transmission of Zika virus infection to fetus can be prevented by administration of hydroxychloroquine during pregnancy, according to a study at Washington University School of Medicine in St. Louis. The findings appear on the 10th July publication of The Journal of Experimental Medicine.


As mentioned, Zika virus infection in pregnancy is associated with severe neurological complications in the fetus such as microcephaly (abnormally small heads) signifying reduced brain development. Currently, there are no approved drugs or vaccines for use during pregnancy, and infections during pregnancy pose a serious threat to both the mother and the fetus.


‘Hydroxychloroquine, if approved for use in pregnancy to prevent fetal Zika virus infection, would be a major breakthrough in reducing dreaded neurological complications in the fetus.’


More recently, in 2015, doctors in Brazil noticed the birth of several babies with microcephaly indicating the possible spread of the virus in tropical America. Helpless as they were with no drugs or vaccines to treat the feared infection, all they could suggest were mosquito preventive measures such as wearing protective clothing or using repellent creams or sprays.

The current research team focused their attention on the placenta, which is the last barrier to protect the fetus from infection so to say, when other mechanisms fail to eliminate the virus and look for concrete solutions to protect both the mother and the fetus.

Protective Role of the Placenta - How it Works

The mechanism by which placenta performs its immune function is through activation of autophagy or cellular scavenging or clearing pathways that ultimately destroy and get rid of unwanted cellular proteins and debris as well as foreign agents such as microbes.

However, the Zika virus was found to be able to invade the placenta and also multiply within the placental cells, breaching all defence mechanisms.

The study team wished to explore how the Zika virus managed to do this and proceeded with their research to get answers.

The following are the key observations made by the study team when they experimentally induced Zika virus infection in the placenta and noted their findings.
These surprising findings led to the conclusion that upping the autophagocytic process actually helped viral multiplication while suppressing autophagy reduced the viral proliferation. In other words, the virus had found a way to breach the well-established cellular defence mechanism and use it to its advantage.

The team validated the above findings in two groups of pregnant mice, one with normal autophagy response and the others with suppressed autophagy response, after infecting them with the Zika virus.
"It appears that Zika virus takes advantage of the autophagy process in the placenta to promote its survival and infection of placental cells," said Bin Cao, PhD, and a postdoctoral fellow at the University.

The scientists then went on to test if administration of hydroxychloroquine to pregnant mice would reduce transmission of Zika virus infection to fetal mice. This was because hydroxychloroquine exerts some of its therapeutic effects (in other conditions) by suppressing autophagy.
"We found that the malaria drug hydroxychloroquine effectively blocks viral transmission to the fetus," said senior author Indira Mysorekar, PhD, an associate professor of obstetrics and gynecology, and of pathology and immunology. "This drug already is used in pregnant women to treat malaria, and we suggest that it warrants evaluation in primates and women to diminish the risks of Zika infection and disease in developing fetuses."

Conclusion - Safety Factor of Hydroxychloroquine Needs to be Evaluated

In conclusion, the current study strongly suggests that hydroxychloroquine protects against fetal Zika virus infection when administered during pregnancy. This drug is already approved for use in pregnancy for other conditions, notably malaria. However, since pregnant women may be required to take hydroxychloroquine for extended periods during pregnancy for protection against the Zika virus, further studies are needed to establish the safety of its longterm use in the mother and the fetus.

"We would urge caution but nevertheless feel our study provides new avenues for feasible therapeutic interventions," said Mysorekar, who is also co-director of the university's Center for Reproductive Health Sciences. "Our study suggests that an autophagy-based therapeutic intervention against Zika may be warranted in pregnant women infected with Zika virus." 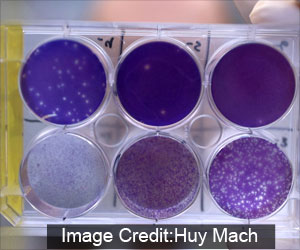