High blood pressure (BP) or hypertension contributes to the progression of the chronic kidney disease (CKD) toward last stage of CKD. Hence, treatment of hypertension in CKD is imperative.

A new study recently published in the Lancet helps guide decisions regarding BP lowering therapy in patients with diabetes and CKD. Diabetes is one of the major causes of CKD.


The research found that among the high blood pressure controlling drugs, angiotensin-converting-enzyme inhibitor (ACE inhibitors), angiotensin-receptor blockers (ARBs), and endothelin inhibitors were the most effective in preventing end-stage renal disease. However, researchers stated that only ARBs were significantly superior to placebo.

The study highlighted that ACE inhibitors and ARBs, alone or in combination, were the most effective strategies against end-stage kidney disease.

Results also showed that ACE inhibitor plus ARB combination therapy was associated with a 'borderline' - the level is above normal but not quite in the high range yet - increased risk for hyperkalemia and acute kidney injury. Hyperkalemia is a medical condition in which the concentration of the electrolyte potassium in the blood is elevated resulting in fatal abnormal heart rhythms.

However, any benefits of combined ACE inhibitor and ARB treatment need to be balanced against potential harms of hyperkalaemia and acute kidney injury (AKI).

"These results indicate a ranking of BP agents for people with diabetes and kidney disease. No agent is superior to improve survival but combination of ACE and ARB ranks higher to prevent the risk that people end up having end-stage kidney disease requiring renal replacement therapy. There is a risk of AKI, which of course needs to be monitored in clinical settings, which really is what doctors are there for. Still, the benefits outweigh the harms," said professor Giovanni Strippoli at the University of Bari, Italy.

He also works with University of Sydney, Australia and Diaverum Academy - a provider of renal healthcare with about 300 clinics in Latin America, Europe, Australia and the Middle East.

Researchers conducted in-depth analysis of 157 randomized trials from around the world comparing blood pressure-lowering agents in adults with diabetes and kidney disease. Electronic databases including the Cochrane Collaboration, Medline, and Embase were searched systematically for trials.

"We pooled data from all existing trials that explored all benefits and harms of all these BP lowering agents. There is no difference in the risk of death with any of these agents compared to placebo and compared directly. Where direct comparison trials did not exist we were able to compare drugs directly with the innovative network meta analysis based on its standard assumptions. The findings are relatively robust," Strippoli added.

Chronic Kidney Disease May Increase Risks During Pregnancy
If a pregnant woman has a very minor kidney problem, she is more likely to expose herself and the baby to several medical issues.
READ MORE 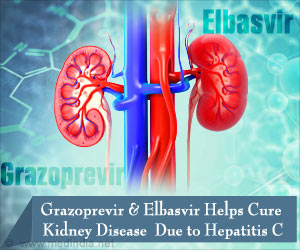 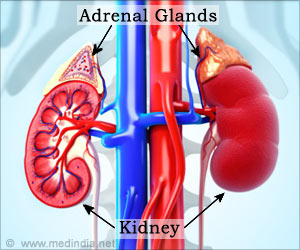 Newly Discovered Treatment Using Molecule Inhibitors May Help Rare Kidney Disease
The precise region of PLA2R where antibodies attack has been found, and also the molecules that block antibodies from binding to PLA2R protein.
READ MORE