Written by Dr. Lakshmi Venkataraman, MD
Article Reviewed by The Medindia Medical Review Team on May 2, 2017 at 9:41 PM
Health In Focus

Genetically rewired stem cells or SMART cells can become a possible future therapy for joint inflammation due to arthritis. The remarkable feature of these stem cells is their ability to form healthy cartilage cells to replace damaged cartilage in arthritis, while at the same time delivering a biological anti-inflammatory drug to combat the tissue damage associated with chronic inflammation.

These SMART cells were developed at Washington University School of Medicine in St. Louis and Shriners Hospitals for Children-St. Louis, in collaboration with investigators at Duke University and Cytex Therapeutics Inc., both in Durham, N.C.
Combatting Arthritis: Novel Gene-Editing Tool to Deliver Targeted Therapy


Aim of The Research


‘Using a combination of pluripotent stem cells to create desired tissue, and CRISPR gene editing technology to modify genes, opens up endless possibilities for treating a wide variety of disorders including arthritis.’


Current drugs for arthritis such as Etanercept (Enbrel), Adalimumab (Humira) and Infliximab (Remicade) that target the pro-inflammatory molecule TNF-α are administered systemically rather than locally, making the individual prone to side-effects such as increased risk of infections.

The research team aimed to overcome the limitations of current forms of treatment and create a stem cell-based treatment that could be given directly into the joints.

"Our goal is to package the rewired stem cells as a vaccine for arthritis, which would deliver an anti-inflammatory drug to an arthritic joint but only when it is needed," said Farshid Guilak, PhD, the paper's senior author and a professor of orthopedic surgery at Washington University School of Medicine.

Methods of the Research

The team of scientists proceeded to create SMART cells (Stem cells Modified for Autonomous Regenerative Therapy) for local injection within the joint.
"Exploiting tools from synthetic biology, we found we could re-code the program that stem cells use to orchestrate their response to inflammation," said Jonathan Brunger, PhD, the paper's first author and a postdoctoral fellow in cellular and molecular pharmacology at the University of California, San Francisco.

He went on to add that in essence, they had hijacked an inflammatory response pathway to instead produce a protective anti-inflammatory drug.

Results of the Research

The research team observed that the synthetic cartilage produced by these modified cells was protected from inflammation.

What is CRISPR Technology?

CRISPR-Cas9 is a novel technology that allows scientists to edit the genome, by deleting, replacing, or adding to parts of the DNA sequence. It consists of two key components namely the enzyme Cas-9 and a guide RNA (gRNA) that guides the molecular scissors to the right part of the genome to be removed or replaced.

Guilak's team have already begun testing the modified stem cells in mouse models of rheumatoid arthritis and other inflammatory diseases.

Should the therapy be reproducible in other animals and developed into clinical treatment, the synthetic cartilage produced from the stem cells in response to inflammation would also release a biological TNF-alpha inhibitor protecting it from inflammation and damage. In certain joints, the natural cartilage would also be protected.

"When these cells see TNF-alpha, they rapidly activate a therapy that reduces inflammation," Guilak explained. "We believe this strategy also may work for other systems that depend on a feedback loop. In diabetes, for example, it's possible we could make stem cells that would sense glucose and turn on insulin in response.

In conclusion, the potent combination of pluripotent stem cells and CRISPR gene editing technology, throws up innumerable possibilities to treat a wide range of disorders.

With an eye toward further applications of this approach, Brunger added, "The ability to build living tissues from 'smart' stem cells that precisely respond to their environment opens up exciting possibilities for investigation in regenerative medicine." 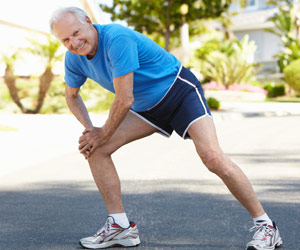 Knee Replacement May Not be the Only Option for Knee Arthritis
A recent advance in medicine for knee arthritis is joint preservation which can give better results for older patients who do not prefer knee replacement.
READ MORE