'Cockroach Milk' - The Best Superfood of the Future

Milk from a species of lactating cockroach could be the best superfood of the future, claims a new study. Most of the cockroaches lay eggs. But the Pacific beetle cockroach also known as Diploptera punctate is the only species of cockroach known to be viviparous (gives birth to young ones that have developed within the body). These cockroaches are found along Asia's Pacific rim.

'Cockroach Milk' - The Best Superfood of the Future


The Pacific beetle cockroach provides nutrition to its growing embryos with a protein-rich liquid secreted by its brood sac. The embryos digest the liquid substance which is rich in protein, fats, and sugars. In the embryo's midgut, the milk proteins turn to hard crystals.


‘The Pacific beetle cockroach provides a milky substance to its embryo which is rich in protein, fats and sugars. The milk crystals could be used as a health supplement in the future.’

An international team of researchers from India, Japan, France, Canada and the National Institutes of Health (NIH) in America extracted the milk crystals from the embryo's midgut. The researchers analyzed the milk crystals to estimate its nutritional composition. The analysis showed that a single cockroach milk crystals contain more than three times the energy of an equivalent amount of buffalo's milk, which was previously claimed to be the best source of protein.

The cockroach milk contains essential amino acids, carbohydrates, and lipids. The milk release mechanism allows the crystal to release protein at the same rate the body consumes it. The high-protein and calorie rich content of the cockroach milk makes it an ideal supplement for athletes. The researchers also noted that the milk protein crystals could be added to milkshakes.

The milk protein crystals could be an easy way to get calories and nutrients for those who struggle to get the required amount of daily calories. The researchers hope that this discovery could alleviate food shortages of this generation.

Sanchari Banerjee, one of the authors of the study, said, "The crystals are like a complete foodthey have proteins, fats, and sugars. If you look into the protein sequences, they have all the essential amino acids. If you need food that is calorically high, that is time released and food that is complete. This is it."

Milking a cockroach is not feasible, so, the researchers have decided to sequence the genes responsible for producing the milk protein crystals and replicate them in the lab.

However, the researchers are yet to determine whether the milk protein crystals are toxin-free and safe for human consumption. But they hope it will be safe for consumption after adjusting to the idea of eating crickets and other creepy crawlies.

Subramanian Ramaswamy, a biochemist at the Institute for Stem Cell Biology and Regenerative Medicine in Bangalore, said, "If the cockroach milk were ever to hit the mainstream, it would likely come from the yeast, which is already being bioengineered to produce things like synthetic sweeteners."

The research is published recently in the journal International Union of Crystallography, (IUCRJ).

Creepy Crawlies Can Become Our Diet Very Soon Due to Its Rich Protein Content
Nutrition, biodiversity, and prolific in reproduction are some of the key characteristics of insects, which are a valuable alternative to livestocks.
READ MORE 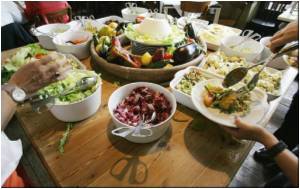 Chinese Restaurant Manager Destroys Cockroach in Dish - By Eating It!
A Chinese restaurant manager 'swallowed' the existence of a cockroach to destroy evidence.
READ MORE

Cockroach Allergens Cause Aggravation of Asthma
Cockroach allergens are an important cause of asthma exacerbations in many parts of the world. Mucosal exposure to allergens leads to development of allergic sensitization.
READ MORE