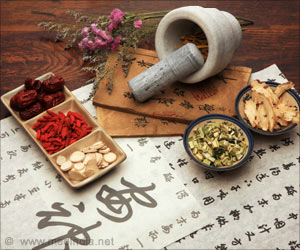 The prevalence of Knee osteoarthritis (KOA) is about 35% worldwide and is one of the major causes of knee pain and motor dysfunction. It has been associated with a lower quality of life and its risk factors include age, obesity and type II diabetes.

The management of KOA involves educating the patients about the disease and maintaining a healthy living. There is not much evidence to prove the role of glucosamine and visco-supplements in the management of KOA. While regular exercise and stress reduction can help alleviate the symptoms. Alternate non-pharmacological treatments are being sought after through research - for example, herbal preparations, acupuncture moxibustion, massage and tai chi.


Duhuo Jisheng decoction (DJD) is a Chinese herbal recipe made of 15 commonly used herbs. Previous studies have shown the beneficial effects of this decoction in the management of KOA. Traditional Chinese Medicine revealed the uses of DJD to treat arthralgia, removing stasis of blood and invigorating the Qi.


‘The traditional Chinese herbal medicine Duhuo Jisheng decoction could be used as a remedy for knee osteoarthritis.’


Modern biology showed that the decoction could enhance and promote chondrocyte proliferation which are types of cells that line the joint capsule and lubricate it. DJD has proved to inhibit sodium nitroprusside-induced chondrocyte apoptosis or cell death, thus keeping the joints healthy. It has also shown to regulate the expression of vascular endothelial growth factor (VEGF) and hypoxia inducible factor-1α (HIF-1α) which play a role in the progress of KOA.

Researchers Wenming Zhang et al. used 7 online databases which included 12 studies with 982 participants, and are the first to document a systematic review of the use of DJD in the treatment of KOA. These were randomized clinical trials investigating treatment for KOA. The trials either used DJD as a mono-therapy or in combination with western medicine. The combinations used were DJD with glucosamine, DJD with meloxicam and glucosamine and DJD plus sodium hyaluronate injection.

Limitations of the study are that it included evidence-based trials with a high risk of bias, and included studies of low-quality.

The study concluded on the note that DJD combined with glucosamine, or meloxicam and glucosamine ranging for the duration of 4-12 weeks as a treatment had a significant effect in improving the total WOMAC scores (Western Ontario McMaster Universities Arthritis Index). Thus, there is scope for further research opened up by this study to know the efficacy of Chinese herbal decoctions in treating Knee osteoarthritis.

Drug ToxicityHomeopathyOsteoarthritisSaint Johns WortHigh Blood Pressure and HerbsHypermobility SyndromeBack Pain at Workplace: Prevention and ExercisesAcai Berry - Does It Really Work?Home Grown Herbs for Holistic NutritionKnee Replacement Surgery
Sign up for Wellness Consult a Doctor Sign up for Selfcare Sign up for Covid