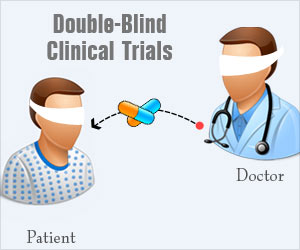 Researchers suggest that different causes of a disease should be taken into consideration to get equally comparable groups in a double-blinded clinical trial.

A double-blind study is one in which both, the investigator and the participant, are unaware of the nature of treatment the participant is receiving. This experimental method is used to ensure impartiality and eliminate the errors arising from observer misconceptions or prejudices.


During a research, it is quite possible for an investigator to consciously or subconsciously influence the experimental observations. Implementing a double-blind study provides an extra check. Researchers are often under pressure from drug companies to generate positive results. This always gives a chance that scientists might manipulate results in the fight for research grants, and try to show the study in a better light. There is also the fear of researchers favoring patients that they think would have the best chance of recovery, thus skewing the results. Proving that the study has been carried out as a double-blind experiment reduces the chances of criticism.


In a double-blind study, some of the participants are given the treatment, while others are given placebo medicine or a standard approved comparative drug for that condition. The appearance of the medications is usually the same, so that no one is aware which medication is being administered to whom. The assignment of study participants to treatment or control group is done randomly. However, one of the conditions for implementing this method is that the two compared, randomly assigned study groups are equal in all respects.

Researchers have suggested that since there can be multiple causes for a disease, it could affect equal assignment to each study group. For example, consider a study being conducted on treatment of depression where patients are randomly assigned to two different medications. Depression is a condition that has multiple causes. Thus, though all other factors may be equal in the two groups, the causes may vary, thus interfering with the results.

Using mathematical calculations, the researchers also suggest that increasing the number of study participants decreases the probability of getting two equal groups with respect to similar causes of disease. Therefore, the researchers advise using an additional marker in the diagnostic criteria for a disease. For example, for a trial in pneumonia patients, besides using symptoms as criteria, it would be better to classify patients based on the microorganism causing pneumonia.
References : 1. www.scirp.org/Journal/PaperInformation.aspx?PaperID=55884#.VXqAulJgbIU 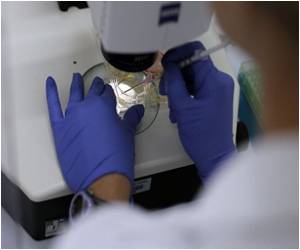 Clinical Trial Data Not Shared Sufficiently
At the London School of Hygiene and Tropical Medicine, Ben Goldacre, a research fellow says we need all the evidence to make informed decisions about medicines.
READ MORE