New blood test predicts with 75-80 percent accuracy, whether a woman's pregnancy will end in preterm delivery. The test has been developed by a joint team of scientists from across the world, led by scientists at Stanford University. It is hoped the test will help reduce problems associated with preterm births which impact nearly 15 million babies globally each year.

The details of the blood tests are elaborated in a paper that will appear online in the journal Science. Senior authors of the study are Stephen Quake, PhD, professor of bioengineering and of applied physics at Stanford, and Mads Melbye, MD, visiting professor of medicine. The lead authors include former Stanford postdoctoral scholar Thuy Ngo, PhD, and Stanford graduate student Mira Moufarrej.
Blood Test In Pregnant Women Identifies Those At Risk of Preterm Delivery


"This work is the result of a fantastic collaboration between researchers around the world," said Quake, who is also the Lee Otterson Professor in the School of Engineering. "We have worked closely with the team at the Stanford March of Dimes Prematurity Research Center, and the research involved collaborations with scientists in Denmark, Pennsylvania and Alabama. It's really team science at its finest."


‘Blood test to predict preterm delivery is simple and cheaper and will be useful in low resource settings so that adequate precautionary measures can be put in place.’


Accurate and Inexpensive Tests To Predict Preterm Labor and Estimate FetalGestational Age - Need of the Hour
Quake first developed a personal interest in this problem when he became a parent: his daughter was born nearly a month premature. "She's now a very healthy and active 16-year-old, but it certainly stuck in my mind that this is an important problem to work on," Quake said.
The study team hope that their blood test would be inexpensive and simple to use in low resource settings as well.

Estimating Gestational Age of Fetus (baby in the womb)
Measuring cell-free RNA in mothers' blood also could provide a whole lot of information about fetal development and growth, Ngo said. "This gives a super-high resolution view of pregnancy and human development that no one's ever seen before," she said. "It tells us a lot about human development in normal pregnancy."

"It's mostly maternal genes," Moufarrej said, noting that the genes that predict prematurity are different than those that give information about gestational age. "We think it's mom sending a signal that she's ready to pull the ripcord." 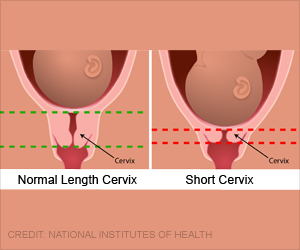