A team of scientists from the University of Queensland have found the expression of twelve taste receptors particularly those that respond to bitter compounds in human hearts.

During a study to understand how the heart grows under normal conditions as well as under disease conditions scientists were able to find the presence of smell and taste receptors on the human heart.


Research team leader and Head of the School Professor Walter Thomas said "This is quite remarkable, as the human genome only has 25 of these bitter taste receptors, and we wanted to find out why half of them were located in the heart,"


During the activation of one of the taste receptors with a chemical that taste as bitter the contractile function of the heart was almost completely inhibited. The phenomenon was originally discovered by former UQ PhD student Dr Simon Foster. The findings of Dr Foster are published in The Journal of the Federation of American Societies for Experimental Biology.

Taste receptors facilitate the sensation of taste. Taste receptors are located in the taste buds of the papillae. Human tongue has 2,000-8,000 taste buds. Bitter, sour, salty, sweet, and umami are the five elements of taste perception.

The existence of bitter taste receptors family is traced back to more than ten years ago by I. Lush, a geneticist. Lush studied the mouse strain differences in bitter taste avoidance.

The process of local duplication and differentiation of the original bitterness gene could have resulted in a cluster of bitterness-tasting genes, said Lush. Researcher Adler and his team found region of human chromosome 5 linked to perception of a bitter compound 6-n-propyl-2-thiouracil (PROP). The TAS2R proteins function as bitter taste receptors.

The research study conducted with rodent heart cells focused at the genes that are regulated in the heart during the compensatory growth time.

Scientists found the presence of smell and taste receptors which are normally present in the nose and mouth also can be present on the human heart. "Through the collaborations with the Prince Charles Hospital in Brisbane the project progressed from animal studies to human investigations", said Professor Thomas.

Researchers by using heart tissue from humans undergoing heart surgery replicated the rodent laboratory experiments and discovered the presence of taste receptors in the human heart. 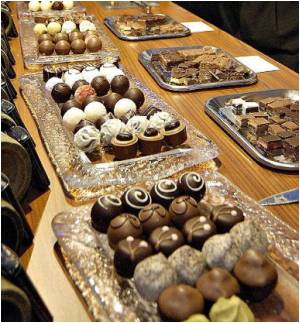