Protective effect of BCG vaccine against tuberculosis may last much longer than currently believed, according to a recent study at the London School of Hygiene & Tropical Medicine (LSHTM) and funded by the National Institute for Health Research.


It is widely believed that BCG immunity lasts for upto 15 years but published research from Brazil and Norway have indicated that the duration of immunity might be longer. Environmental and genetic factors also may play a role.


‘Childhood BCG vaccination is recommended in regions where tuberculosis risk is high, particularly if vaccination has not been given during infancy.’


Dr Punam Mangtani, the lead author of this study remarked "Previous studies have shown BCG can offer good protection against TB for up to 10-15 years following vaccination of secondary schoolchildren, but we do not know the duration of protection in different populations.

The current case control study was undertaken in Britain at the London School of Hygiene and Tropical Medicine. The results of the study appear in the journal International Journal of Epidemiology of August 2017.


Details and Findings Of The Study

The notable findings from the study were the following The findings of the study seem to confirm other published reports that the efficacy of the BCG vaccine might have been underestimated all these years and actually lasts twice as longer than previously believed.


Major Takeaways From The Study

The following are the most important lessons from the study findings. According to Dr Mangtani, "Tuberculosis kills nearly two million people every year, more than HIV/AIDS, but TB prevention methods have changed little in half a century. Progress in developing new TB vaccines is slow with BCG, developed in the 1920s, still the only option." In the words of Dr Mangtani, "BCG is not perfect but until a new, more effective vaccine is approved and rolled-out, we should be maximising its potential. We should also be supporting the various agencies that make sure BCG is readily available globally."

In conclusion, the study reiterates the importance of BCG vaccine in prevention of tuberculosis and spurs policy makers and fund allocators to take a relook at their immunization policies.

BCG Vaccine also Effective in Protecting Against Tuberculosis Infection
A new study suggests that the BCG vaccine used in preventing tuberculosis disease not only protects against the infection but also prevents the progression.
READ MORE 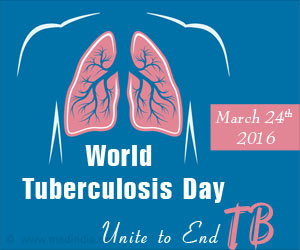