In Southeast Asia, around 600 million people are addicted to the betel quid preparation that also produes the same stimulant effects that nicotine does.


‘Molecules derived from areca nuts could help quit the smoking habit, compared to current smoking cessation drugs in the market, on account of their specificity and fewer side effects.’


According to the U.S. Centers for Disease Control and Prevention, more than 480,000 people die each year in the U.S. from the effects of cigarette smoking.

"There's a commonality to the two addictions, so we thought we could develop drugs that target both," says Roger L. Papke, Ph.D., one of the lead researchers on the project.

Lead researcher Nicole A. Horenstein, Ph.D., and Papke, along with Clare Stokes and Marta Quadri, Ph.D., are studying the derivatives from the areca nut.

Betel Quid
Betel quid is a concoction of betel leaves, areca nuts and slaked lime (calcium hydroxide). According to local preferences and customs, other flavoring ingredients are also added.

Sometimes tobacco is added to this combination and the concoction is folded into a triangular shape and wrapped using betel vine. It is said to have a stimulant and relaxation effect.

The users' teeth turn bright red as a result of this habit.

This harmful "betel quid" preparation is addictive and can create a sense of euphoria and alertness. It can also cause serious health issues like oral cancer and cardiovascular conditions.

According to a 2013 study, betel quids lead to around 37,000 cases of oral cancer every year. Among Indian men aged 30-69 years, oral cancers are responsible for the highest cancer related mortality.

Betel quid chewing releases carcinogenic nitrosamines from the areca nut that can cause pre-neoplastic changes.

Side-effects of Varenicline
These derivatives can be used to make new molecules that might work better than existing smoking cessation drugs such as Chantix® (varenicline).

Varenicline is a prescription smoking cessation drug currently used to break addiction. Though it works well, it can trigger harmful side effects. For example, some patients taking the drug varenicline report having suicidal thoughts, sleepwalking and cardiovascular problems.

These side-effects encouraged the team of researchers to work on alternatives at the University of Florida.

Varenicline binds itself to the same receptors in brain cells that attach to nicotine molecules. It reduces nicotine cravings by activating those receptors to a lesser degree. Side-effects occur because the drug also binds to other nicotine receptors that are not involved in addiction.

How Areca Nut Derivatives Work
In their previous work, Papke and Horenstein had studied arecoline, one of the psychoactive alkaloids in the areca nut.

Arecoline works by stimulating the same brain cell receptors responsible for nicotine addiction but does not stimulate the other types of nicotine receptors, that are not involved in addiction.

Papke explains, "The molecules that we're developing are more specific - they do not target those other receptors at all, so our compounds should be safer," he says.

The new study involves synthesizing a range of compounds with structures that are slightly different from arecoline.

These new compounds bind to the addiction-related receptors, while leaving the other receptors alone.

This shows that arecoline analogs may be able to treat addiction to cigarettes or to betel quids without side effects.

Breaking the addiction to nicotine would help prevent half of the oral cancers.

The next step in the research is to test these potential new drugs in animal trials.

The findings were presented at the 253rd National Meeting & Exposition of the American Chemical Society (ACS). ACS, the world's largest scientific society. 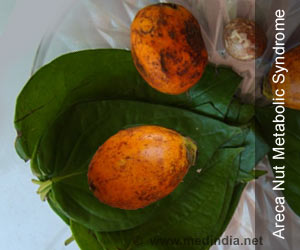 Chewing Betel Quid Exposes Half a Billion People to Oral Cancer Risk
People who chew betel quid, the most popular psychoactive substance after tobacco, alcohol and caffeine, are exposed to substances that act as direct carcinogens in the mouth promoting cancer risk.
READ MORE 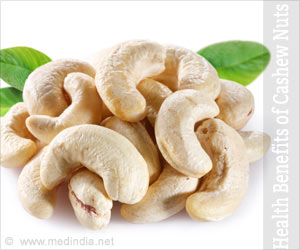