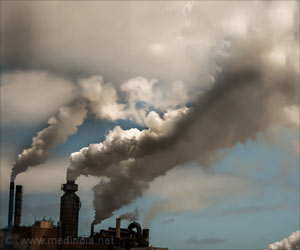 Exposure to mercury or its compounds causes mercury poisoning in humans. High exposure to the metal leads to severe health issues including insomnia, kidney malfunction and respiratory failure. It also results in impaired neurological development, especially in children.

Mercury poisoning was one of the main topics discussed at the state level conference on 'Health and Environment' organized by MMM College of Health Science, Chennai, on April 18. 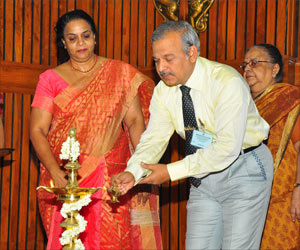 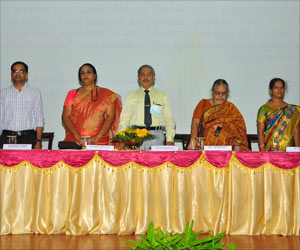 Dr. Akshith Thimmaiah, MD, Microbiology, who presented the adverse health effects of mercury, said that breathing mercury vapors in air is the most common way to be exposed to mercury.


"Mercury is used to make products like thermometers, switches, and some light bulbs. Mercury exposures can occur when products that contain elemental mercury break and release mercury to the air. Breathing mercury is most harmful to our health," she said.

Dr. Thimmaiah said that people are also exposed to mercury by eating fish that are contaminated with mercury.

"In water, mercury changes into the most toxic form, methylmercury. Fish absorb this mercury. We consume fish containing mercury and are exposed to the metal. Cognitive thinking, memory and fine motor and visual spatial skills are affected in children exposed to methylmercury in the womb," she said.


Environmental and Lifestyle Causes of Diabetes

According to International Diabetes Federation (IDF), around 592 million people would live with diabetes by 2035, which is almost 53% increase from 2014.

"Endocrine disrupting pollutants are found in many everyday products including plastic bottles, metal food cans, plastic toys, cosmetics, and pesticides. Hence, it is important to be aware of these pollutants and reduce your risk of exposure," he said.

Tips to reduce the risk of endocrine exposure:
He also said that inadequate knowledge on food content, high calorie intake and sedentary lifestyle increase the risk of developing diabetes.

"People used to move their bodies in the course of work, transportation and recreation. But now, most of this is done by machines. This built environment and fast food culture can cause obesity which leads to insulin resistance and thereby resulting in Type 2 Diabetes," he added.

S Ganapathy Venkatasubramanian, professor at Anna University inaugurated the conference. While speaking on the significance of the conference on 'health and environment,' he said that every individual should be aware of the hazardous impact of environmental pollution on human health.

"With increasing urbanization and industrialization, the community needs to be sensitized to the innumerable health hazards and risks of environmental pollution. We should also work towards reversing this worsening tend and reinvent remedial measures in order to achieve better health for future generations and reduce the global burden of disease," he said.