Patients who were admitted in hospitals with acute critical illness but without previous renal or kidney disease had a higher risk of kidney complications as well as death, according to a study in published in CMAJ (Canadian Medical Association Journal).


‘Acute critical illness in patients without any existing kidney disease puts them at an increased risk of kidney complications and even death.’


Most of the studies conducted earlier have looked at patients with pre-existing kidney disease.

The study entitled 'Renal Complications and Subsequent mortality in acute critically ill patients without pre-existing renal disease' is a significant new finding and all clinicians and patients should be aware of this risk both in short and long term.

This study looked at 33,613 Taiwanese adult patients with no pre-existing renal disease and admitted for acute critical illness between 2000 and 2011, from the Taiwan National Health Insurance Research Database.

Each patient was matched 1:2 with controls without acute critical illness - the total number of control patients was 63,148.

The team looked at data from both the groups for outcomes that included acute kidney injury, chronic kidney disease, and end-stage renal disease.
The authors suggest monitoring the kidney function of patients with acute critical illness without preexisting renal disease from 30 to 90 days and then yearly afterward. 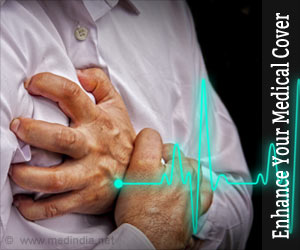 Exide Life Critical Illness Rider Enhances Your Base Policy against Critical Illnesses
This rider pays out a one-time lump sum benefit in case you are diagnosed with major illness including heart attack, cancer, paralysis, kidney failure and coma.
READ MORE