Accidental Overdose of the Drug Methotrexate Linked to Deaths

Written by Madhumathi Palaniappan, B.Pharm
Article Reviewed by The Medindia Medical Review Team on June 6, 2016 at 5:48 PM
Health In Focus

Accidental Overdose of the Drug Methotrexate Linked to Deaths


The main cause behind overdosing of drugs  was purely due to lack of proper understanding of the drug information given to the patients and incorrect packing of doses. Older people are found to be more prone to accidental overdosing of the drug due to memory loss and eye problems.


‘Accidental daily dosing of the drug methotrexate leads to severe toxic effects and life-threatening conditions. Older people are at high risk for medication errors associated with methotrexate in Australia.’

Methotrexate is a synthetic  folic acid analogue and an immune modulator which mainly acts by inhibiting the action of dihydrofolate reductase enzyme and DNA synthesis. It has the ability to inhibit the growth of tumor cells and possess anticancerous properties.

Methotrexate is an effective drug which is widely used in the treatment of rheumatoid arthritis, psoriasis and cancers. It helps to reduce the pain and swelling thereby reducing the progression of arthritis. The drug should be used only in appropriate quantity as an accidental overdose of methotrexate may be lethal and can lead to mucosal ulceration in the gastrointestinal tract, suppression of the bone marrow, liver toxicity, sepsis due to infections and finally death.

The study based on the medication errors reported to National Coronial Information System (NCIS), Therapeutic Goods Administration Database of Adverse Event Notification and Australian Poisons Information Centres (PICs) were investigated for  a decade. The study was mainly done on patients who took methotrexate for more than three days consecutively in  a week.

Medication error is the inappropriate use of medicines that may harm the patient. These type of errors can occur anytime of the medication process. It can be done by a doctor while prescribing the dose, by a pharmacist while dispensing the drug or by the patient while taking the drug.

The National Coronial Information System (NCIS) managed by the Victorian Department of Justice is a  data storage and retrieval system that gives information on coronial cases that were recorded in Australia and New Zealand to prevent injury related deaths. The study was based on the number of deaths recorded from the year 2000-2014 in Australia.

Data collected from NCIS on July 2015 was mainly done to identify deaths that were linked to accidental overdosing of the drug methotrexate and deaths due to antineoplastic (anticancer) agents from July 2000 to 2014 for all states in Australia except Queensland for which the data was available only from the year 2001. The reports stated that about 22 deaths were recorded due to medication error of methotrexate out of which 12 were due to severe bone marrow suppression. Five men and two women of the total seven cases were documented of abnormal blood cell counts and died due to daily dosing errors of methotrexate.

The data collected from January 2004 to December 2014 from TGA DAEN on medication error or accidental overdose of methotrexate reported ten cases including two deaths aged between 70-85 years.

Poison information centers (PIC) provide immediate, free medical assistance and advice on treatment of various poisons. The study was reviewed based on the information from New South Wales, Victorian, Western Australian and Queensland PIC databases. About 92 cases were recorded due to methotrexate overdosing. An average of four to nine cases were documented every year from 2005 to 2013. This rate increased for the year 2014-2015, and it was found to be  more in the aged population who are at a high risk of memory loss, confusions and decline in visual acuity.

The ongoing medication errors due to methotrexate overdosing may be fatal. Therefore proper preventive measures have to be initiated by the manufacturers, TGA and healthcare professionals  to lower the risk and reduce the  adverse effects.
Methotrexate dosing error may  further increase in Australia  and therefore, proper measures have to be initiated to prevent these errors.

The study was  on Accidental daily dosing of weekly drug linked to deaths taken from the Medical Journal of Australia which  is a publication of Australia Medical Association.

Methotrexate
This medication is an antimetabolite, curative in choriocarcinoma (cancer of the tissue that normally would develop into placenta). It is also used in other cancers like blood, breast and lung cancers. It is also used to suppress immunity in ...
READ MORE

Smartphone-Based System May Keep Chronic Diseases on Check
Self-management has been advocated for patients to cope with the challenges of living with a complex chronic disease and gain some control over their health.
READ MORE 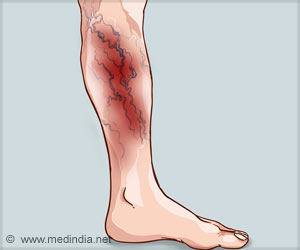