Scientists have developed microparticles that can release drugs or vaccines at different times, thus possibly eliminating the need for administering multiple injections. The research was published in Science.

The microparticles are made up of a biocompatible polymer called PLGA which is molded into tiny cups and lids with the help of silicon molds. Each cup is then filled with the drug or vaccine, covered with the lid, and sealed with slight heating. This method of manufacturing the microparticles is called SEAL (StampEd Assembly of polymer Layers). Since PLGA is fully biodegradable, the chances of a foreign body reaction are minimal.
3D-Fabricated Microparticles Could Possibly Deliver Multiple Vaccine or Drug Doses


The particles are extremely tiny and can therefore be injected like any other drug or vaccine through an 18-gauge needle. Depending on variations in the structure, the microparticles dissolve and release their contents at different predetermined times. Thus, multiple doses of a vaccine, multiple vaccines or multiple doses of drugs can be administered through a single injection.


‘Microparticles developed through 3-D fabrication may be useful to deliver multiple doses of vaccines or a drug through a single injection. ’


This approach could be particularly useful in the underdeveloped or developing nations with reduced manpower to administer multiple vaccines and poor patient compliance. With further development, it may be possible to develop microparticles that could cover all the vaccines that should be administered in the first two years of life - thus, once the child is born, he/she could be administered a single injection, and the child would not need another vaccine for the next one to two years and yet be protected.

The scientists carried out several tests to evaluate their model:

Further research would be needed to ensure that the medication or the vaccine remains stable within the particles over longer durations.

The new technology of developing such microparticles could also have several other applications in medicine. It may be possible to bring about the release of the medication or vaccine on the application of a stimulus. For example, in the presence of certain bacteria in the body, the microparticles can be designed to release an antibiotic to fight against the infection. 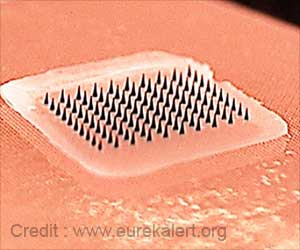 Microneedle Patch to Deliver Influenza Vaccine  A Peek into the Future?
A microneedle patch that delivers the influenza vaccine has been tested in an early clinical trial with positive results.
READ MORE 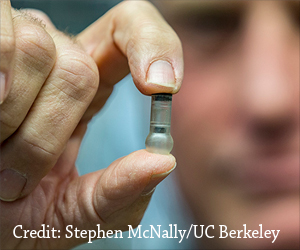